"Saint Lubbock's Days" - The Origins of the Bank Holiday

On the 19th May, 1871, at two o'clock in the morning, a Private Member's Bill completed its final stage in the House of Commons without opposition, having already been approved by the House of Lords. The Bank Holidays Bill, soon to be the Bank Holidays Act, had been promoted by Sir John Lubbock, the recently elected Member of Parliament for Maidstone. 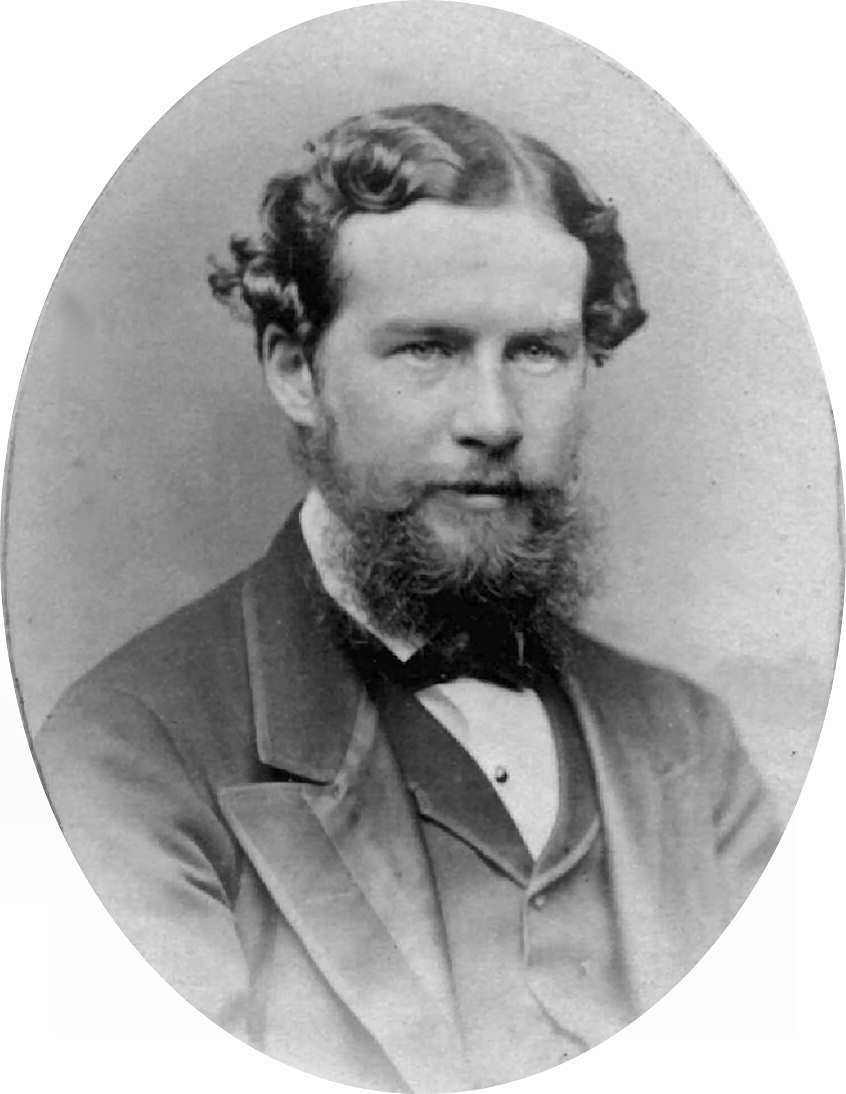 Lubbock was better known as an archaeologist (his Prehistoric Times, published in 1865, which introduced the terms "Palaeolithic" and "Neolithic," would remain the standard English language text on European prehistory for several decades), as a biologist (a close neighbour and friend of Charles Darwin, he had published many scientific papers on the anatomy and metamorphosis of insects) and as a banker. Now he was seeking to establish a reputation as a parliamentarian. He could hardly have chosen a more popular platform than public holidays.

"The people may forget a great many deeds of glory and names of renown," ran a leader in the Daily Telegraph, "but they will never forget him who has given them a new and universal day of repose and recreation."

A commentator for the magazine, Bell's Life, was even more effusive:

"A statute holiday! A holiday by Act of Parliament! ... Sir John Lubbock, a name memorable in natural history ... has never vired a more sterling note across his counter than in the piece of paper which commands, in the name of Her Majesty, as the great cashier of her people's happiness, that they, the Queen's lieges, shall each and severally accept draughts of health and coin of pleasure unlimited, in exchange for toil and vitiated air." 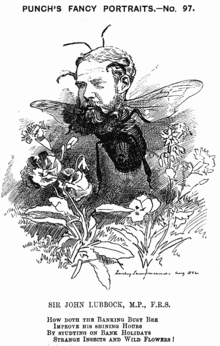 Why is it, however, that these holidays are called "Bank Holidays?" Many people assume that it was because the act required banks to close, and that this forced other businesses to close as well. The truth is much more interesting. Lubbock would later comment on the subject:

"The Bank Holidays Bill met with no opposition and ... has been in operation for nearly a quarter of a century. Its easy passage was, I believe, partly the result of an accident. On the old holidays, bills of exchange are payable the day previously ... We felt that it would be difficult to extend this to the new holidays and, after some consideration, we determined to propose that they should be payable the day after instead of the day before. Hence we had to devise some special name for the new holidays, and we called them 'Bank Holidays.' If we had called our bill the 'General Holidays Bill' or the 'National Holidays Bill,' I doubt not that it would have been opposed; but the modest name of 'Bank Holiday' attracted no attention, and roused no opposition ... "

He was, I am sure, being deliberately disingenuous in describing this as an "accident." Before laying down his bill, Lubbock had secured the support of both the Liberal and Tory front benches. Opposition was likely to come from a handful of Tory back-benchers (then, as now, it was relatively easy for a small number of members to "talk out" a Private Member's Bill) who consistently objected to any legislation intended to improve the lot of working people. A bill laid down by a prominent banker, which appeared to have something to do with banking, did not attract their attention. They did not turn up for the debate, and were caught, literally, asleep on the job.

It was, however, a trick he could pull off only once: his later efforts to introduce legislation to protect ancient monuments, and to regulate working hours for shop assistants, were continually frustrated by the very men he had outwitted in the early hours of the 19th May, 1871.

More than twenty years on, some people were still calling for the abolition of Bank Holidays. In 1897, St John Hankin wrote:

"Four times in every year ... the people of England are turned loose from office, shop, and factory by act of parliament, and bidden to amuse themselves. Four times in every year do these unfortunate people set themselves obediently to look for amusement, and find it, usually, in the public house. Four times every year ... the various police magistrates dispose of more or less interminable lists of more or less serious offences arising out of the efforts of the state and Sir John Lubbock to secure rest and recreation for the people ... "

Convinced that Hankin's assertions were grounded in prejudice rather than evidence, Lubbock wrote to the President of the London Bench, Sir John Bridge, to check his facts. Bridge assured him that there had been "remarkably few charges." Bank Holidays were, by 1897, an established fixture of the British calendar, and their abolition would probably have provoked riots. 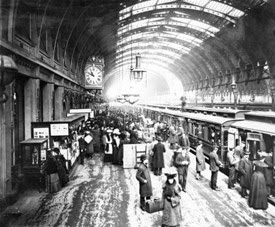 If Hankin's belief that Bank Holidays turned working people into a "drunken, cursing rabble" proved to be wide of the mark, then so, probably, did Lubbock's expectation that they would use them for the earnest "self-improvement" that he believed would be the basis for the continued evolution of the human mind and soul. Instead, thousands of families flocked to seaside resorts, drank in moderation and returned to their homes and workplaces, physically and emotionally refreshed. 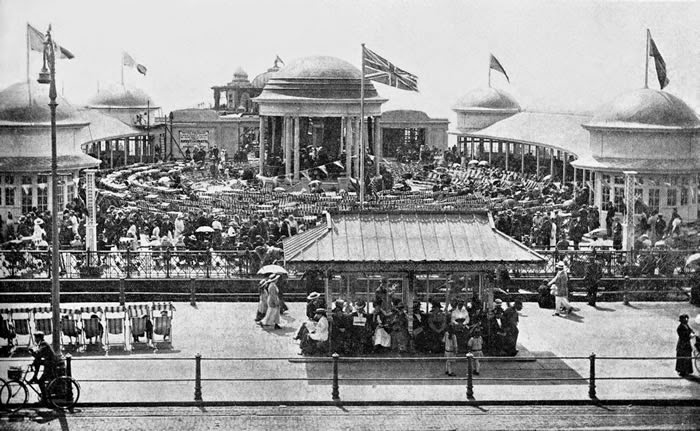 His novels, Undreamed Shores, An Accidental King and Omphalos, are published by Crooked Cat Publications, and can be purchased from Amazon UK or Amazon USA.