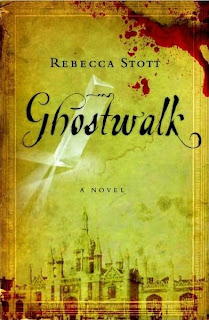 Hilary Mantel on History and Fiction

To my mind, Hilary Mantel is one of the finest living writers of historical fiction, combining an exhilarating sense of immediacy with a remarkable fidelity to the reality of history. I have just had the pleasure of hearing her speak on her published novels, A Place of Greater Safety (set during the French Revolution) and Wolf Hall (set in the court of Henry VIII), and its forthcoming sequel, Bring Up the Bodies. She described “the alchemical process through which fact metamorphoses into fiction.”
“I will make up the content of a man’s heart,” she told us, “but I will not make up the colour of his drawing room wall – I would rather move the discussion to his study, where I do know the colour of the wall.”
She went on to talk about the ways in which the novelist, unlike the historian, can explore those conversations that happened “on the back stair,” the conversations which, for very good reasons, were never recorded. Historical novelists, she insisted, are “allowed to be partial.” Wolf Hall is narrated from the point of view of Thomas Cromwell, and the picture it paints, for example, of Thomas More, is not intended to be an objective depiction of the historical figure, but rather an imaginative reconstruction of the way he might have seemed to Cromwell. This, I think, takes us a little further than Marguerite Yourcenar’s attempt to develop a historical voice. It certainly inspired me.
This is part of a conference at the , which continues tomorrow (and I will doubtless have more to say about it). The conference is fully booked, but has a virtual component, accessible at http://www.ihrconference.wordpress.com/. It would be great if you could join me there!
Posted by Mark Patton at 15:26 No comments: