A History of the World in 50 Novels. 2 "Reindeer Moon," by Elizabeth Marshall Thomas

Twenty thousand years ago, Neanderthals had become extinct. Interbreeding may have allowed some Neanderthal genes to pass down into our own lineage, but the only people remaining on the Earth belonged to our own species. These people continued to live by hunting and gathering, but they also created the world's first art, and developed new technologies for working stone and bone. It was the time of the Late Glacial Maximum, when much of Europe (including the British Isles as far south as Bristol) was covered by permanent ice-sheets. Large animals such as mammoth and reindeer formed an important element in the diet of the people of the tundra. 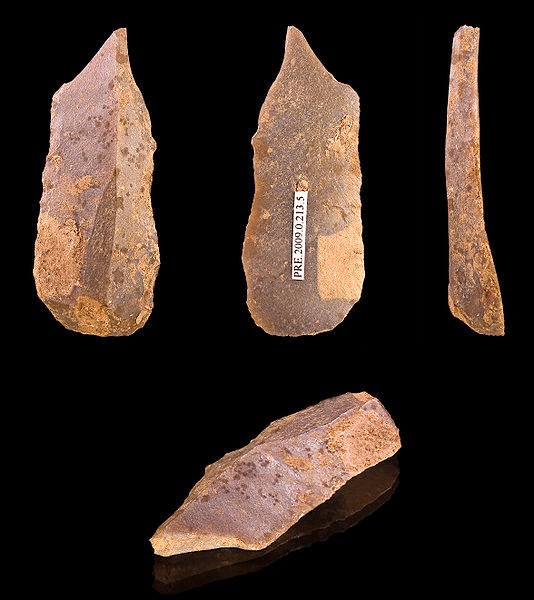 These "burins" from south-west France are specialised tools for working bone and antler. Photo: Didier Descouens (licensed under CCA).

Elizabeth Marshall Thomas's Reindeer Moon is not nearly so well known as William Golding's The Inheritors. It neither won any prestigious literary awards, nor has it enjoyed the commercial success of Jean M. Auel's Earth's Children series. As a depiction of life in the Upper Palaeolithic period, however, I think it is without equal and, as a literary work, I consider it to be a neglected masterpiece. It was only on re-reading it over the past couple of weeks that I realised just how profoundly it influenced my own Undreamed Shores.

Marshall Thomas was almost uniquely well-qualified to write a book such as this. The daughter of the American ethnographer, Lorna Marshall, she took part in three expeditions to study the lives of the !Kung people of Botswana and Namibia. Her understanding of what is involved in living as a hunter-gatherer shines through in her writing. 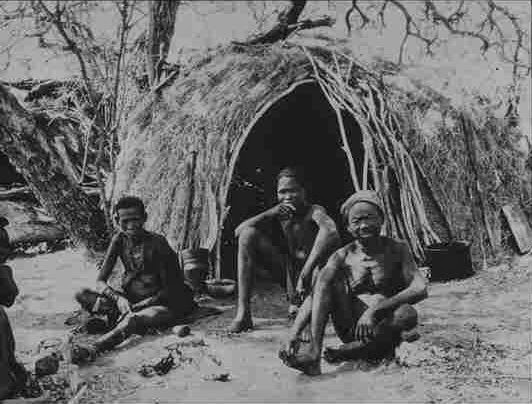 !Kung San people (image is in the Public Domain).

The novel, however, is set far from the deserts of southern Africa, in what is now Siberia. It follows the short life of a young woman, Yanan. In stark contrast to Auel's protagonist, Ayla (who, in the course of a few years, almost single-handedly domesticates the horse, dog and cat), there is nothing exceptional about Yanan except, of course, for her presence amongst us, which feels startlingly real. She addresses us directly:

"Clasped hands are the sign for a lodge, for marriage, and for strength, since the fingers are the joined antlers of a roof and also the joined people who live under it. So I will show with my hands about the other people of our lodge and how we lived together.

The hand palm down with fingers spread is the sign for men. If I count the grown men of the lodge on the backs of my fingers, I find eight. On my right hand I find a man on every finger - Graylag ... his two sons, Timu and Elho, his brother's son, Raven, and his daughter's husband, Crane ...

The hand palm up with thumb and fingers tight together is the sign for women, water and berries. So I count the grown women on the pads of my fingers and find six. On the first and second fingers of my right hand I find Graylag's two wives - Ina, who was father's sister, and Teal, who was a shaman ..."

Engraving of a mammoth from Mal'ta Buret, Siberia. Photo: Jose-Manuel Benito (image is in the Public Domain).

The key events of the plot are the life events common to many women: daily life; puberty; the death of parents; marriage and its attendant difficulties; pregnancy; the petty rivalries and jealousies of an extended family. Yet each of these is explored from the perspective of someone living in a culture profoundly different from our own.

Yanan narrates as a spirit already dead, and, in line with the beliefs of modern Siberian shamen, can take on the form of an animal (a wolf, a mammoth, a deer) and experience the world through eyes that are still less familiar. To write convincingly from the point of view of an animal is an extraordinarily difficult task for a novelist, but Marshall Thomas's hand is unfaltering here (perhaps because the Yanan-mammoth or Yanan-wolf is, by definition, partly human), and the result is a joy to read.

In archaeological terms, Yanan's people belong to the Mal'ta Buret Culture, directly ancestral to the Native Americans as well as to modern Siberians. Among the most distinctive artefacts of this culture are small bone and ivory figurines of women. Similar representations (often described as "venus figurines") have been found on archaeological sites in the Czech Republic, Germany, France and Spain, suggesting the emergence of widespread networks of social contact between scattered bands of hunter-gatherers. 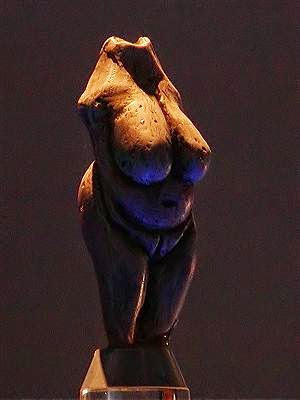 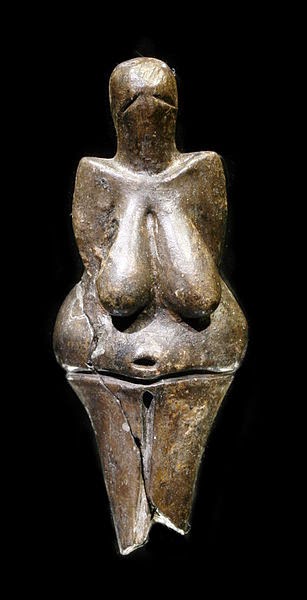 The archaeological record of such a distant period is inevitably fragmented, and it is often difficult to glimpse the real human beings behind the artefact typologies and hunting strategies that form the basis of much of the archaeological discussion. Perhaps it is only the imaginative world-building of a novelist such as Marshall Thomas that can breath real life into these people, our ancestors. The sights, sounds, smells, tastes and textures of Yanan's world are as vivid, for me, as the memories of my own youth.

Mark Patton's novels, Undreamed Shores, An Accidental King and Omphalos, are published by Crooked Cat Publications, and can be purchased from Amazon UK or Amazon USA.
Posted by Mark Patton at 01:57