A History of the World in 50 Novels. 1 "The Inheritors," by William Golding

Fully modern humans, exactly like ourselves, are thought to have been in existence for around 195,000 years. For 85% of that time, our direct ancestors shared the planet with other human species, somewhat, but not entirely, like us. Within Europe, the best known of these "other" species is the "Neanderthal," so-called after the German valley in which the remains of these people were first discovered. Between 40,000 and 30,000 years ago, Neanderthals and fully modern humans coexisted in Europe but, by the end of this period, Neanderthals had become extinct. Whether they were physically wiped out by our ancestors, or simply lost out to them in the competition for scarce resources, we may never know, but it is precisely the encounter between these two species that provides the starting point for William Golding's novel. 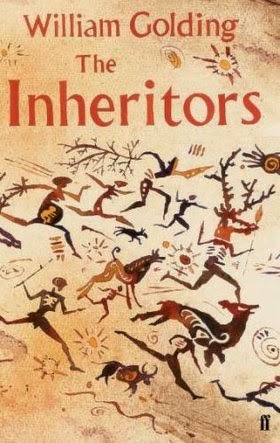 Archaeologists and anthropologists have never been able to agree on the question of just how "human" the Neanderthals were. 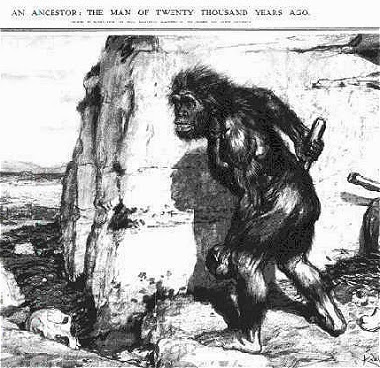 A Neanderthal as imagined by Marcellin Boule and Frantisek Kupka in 1908 (image is in the Public Domain). 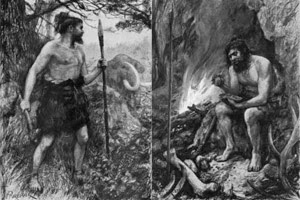 Early modern human (left) and Neanderthal (right) as imagined by Sir Arthur Keith and Amedee Forestier, in 1911 (image is in the Public Domain). 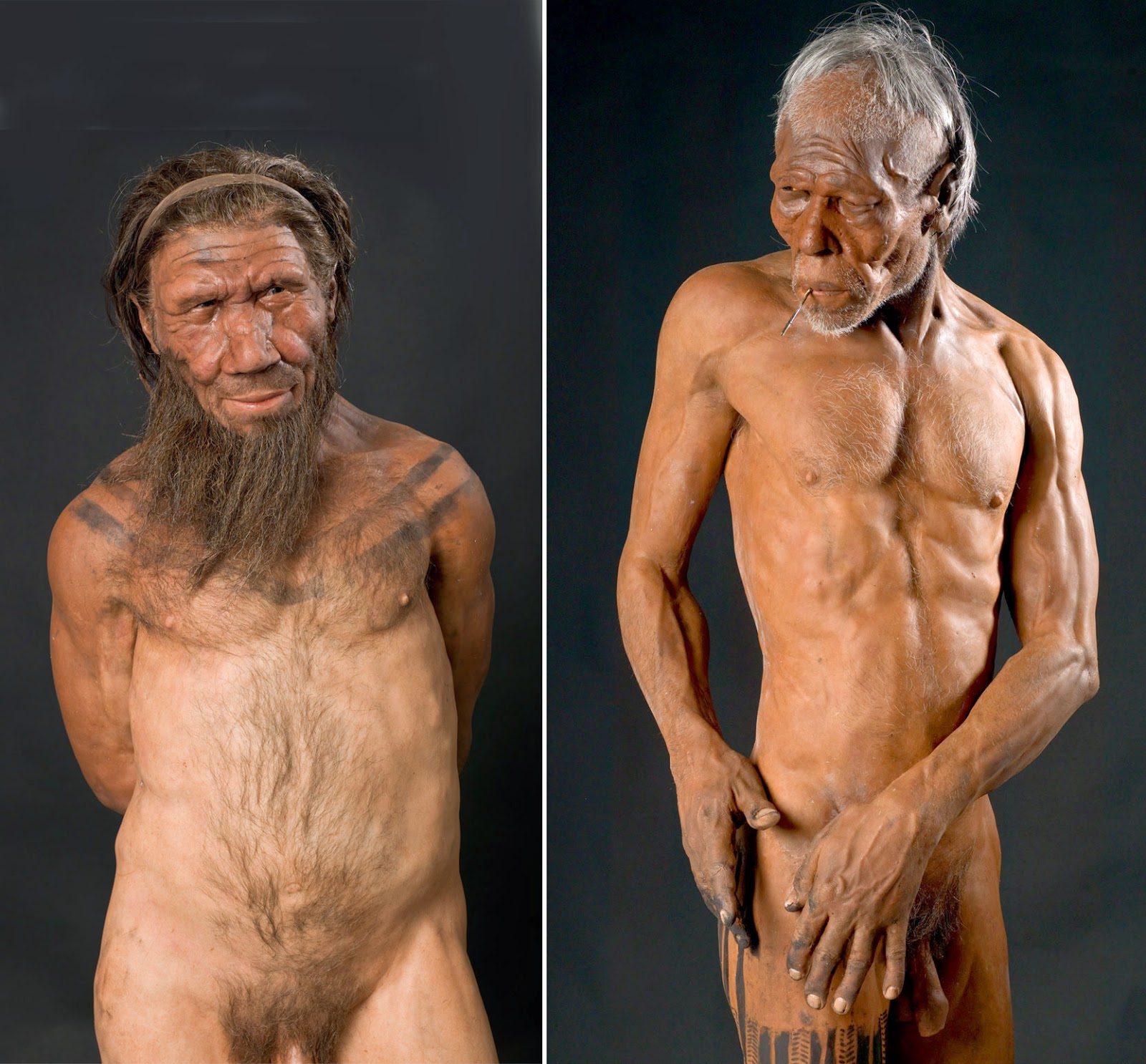 Golding narrates most of his novel from the Neanderthal point of view. His Neanderthals have only rudimentary speech, thinking in "pictures" rather than words. They have a more developed sense of smell than we have, and they do not hunt, eating meat only when they come upon the carcass of an animal that is already dead. In order to show us the world through the eyes of his protagonist, Lok (a young Neanderthal man), Golding adopts a hybrid narrative style, with alternating passages of third person description (a voice that appears to be Golding's own) and first person thoughts (Lok's viewpoint):

"He jumped up and faced the people and the night air shook his curls.

'I shall bring back food in my arms' - he gestured hugely - 'so much food that I stagger - so!'

Fa grinned at him ... he squatted.

'Now I have a picture in my head. Lok is coming back to the fall. He runs along the side of a mountain. He carries a deer. A cat has killed the deer and sucked its blood, so there is no blame ...'"

When they do encounter "the new people" (fully modern humans), Lok and his family are both fascinated and perplexed, and only very gradually do they come to understand the danger they are in:

"There were too many things to see at once. To begin with, the trees had reorganised themselves. They had crouched down and woven their branches closely so that they made caverns of darkness on either side of the fire. The new people sat on the ground between Lok and the light and no two heads were the same shape. They were pulled out sideways into horns, or spired like a pine tree, or were round and huge ..."

As the story reaches its tragic and terrifying conclusion, Golding turns the viewpoint around. Lok becomes an anonymous "creature," like Frankenstein's monster:

"The red creature stood on the edge of the terrace and did nothing. The hollow log was a dark spot on the water towards the place where the sun had gone down ... The red creature came trotting back to a dark hollow in the side of the cliff ... The creature wrestled with a rock that was lying on a mound of earth, but was too weak to move it ..."

Finally, Golding shows us the viewpoint of "the new people," with a new protagonist, Tuami, sitting at the helm of a boat as he steers it away from the forest of the "devils" back towards "lower lands, plains perhaps where men could hunt in the open, not stumble among dark trees or on hard, haunted rocks." Tuami and his companions have left devastation behind them, but he asks "What else could we have done?"

If Golding had attempted to produce an archaeologically accurate picture of life among the Neanderthals, it would, by now, be out of date. We may question the crudeness of the tools used by Lok and his family, and doubt whether the early modern humans they encounter would really have had boats with sails at such an early date. This, however, would be to miss the point. Golding's story is about the evolution of the human imagination. Lok's people live permanently in the present tense, and struggle to imagine a world that is other than the one they know. Tuami's people have our own imaginative faculty, which carries within it the seeds of civilisation, and of empire, but which also endows them with jealousies unknown to Lok's people and with, perhaps, the most fearful of all human capacities: the ability to fear that which poses no threat.

Mark Patton's novels, Undreamed Shores, An Accidental King and Omphalos, are published by Crooked Cat Publications, and can be purchased from Amazon.
Posted by Mark Patton at 01:28