On a day (I can't remember which one exactly) between Christmas and New Year's eve, 2006, I sat down to write the first draft of the first chapter of my first novel. I began by imagining a scene - a boy sitting on a cliff with his sister, talking about the voyage that he will soon make, in the course of which he would become a man. By the time Undreamed Shores was published in 2013, this was no longer the opening scene, but it is still there, albeit in a much abbreviated form, and presented as a memory, rather than in real time:

"The previous summer, he had sat on the cliff with his sister, looking out towards the coast of Aramaio. She had asked him why men were so obsessed with voyaging overseas, and why they were not afraid of its dangers. His answer had sounded good at the time. A man's answer, not a boy's. 'Being a man is not about avoiding fear, Itsara. It's about facing it, and knowing the way forward, and having the courage to take that way, whatever the risks may be." 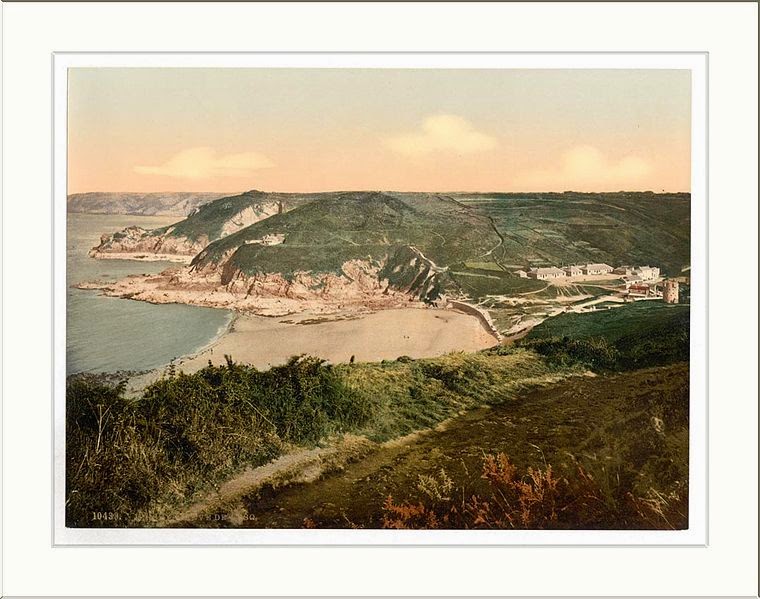 The bay of Greve de Lecq, Jersey. The photographer who created this early 20th Century postcard was standing in the same position as I imagined Amzai and Itsara sitting. Photo: Snapshots of the Past (licensed under CCA).

Almost exactly eight years after imagining that scene, I sat down a few days ago to write the first draft of one of the stories that will make up my fourth novel. The protagonist is a slave-girl in Roman London, and the scene I started with is of the festival of Fors Fortuna (the book I have in mind has much to do with changes of fortune, and how people deal with them).

A casual observer might imagine that I am getting into my stride as an author who produces a book each year (Undreamed Shores in 2012, An Accidental King in 2013, Omphalos in 2014), but this is an illusion. Each of these books took almost three years to research, write and edit. I'm not expecting Fors Fortuna (the title may change) to be completed in 2015, perhaps not even in 2016, but the bottom line is that it will be published when it's ready, and not before. 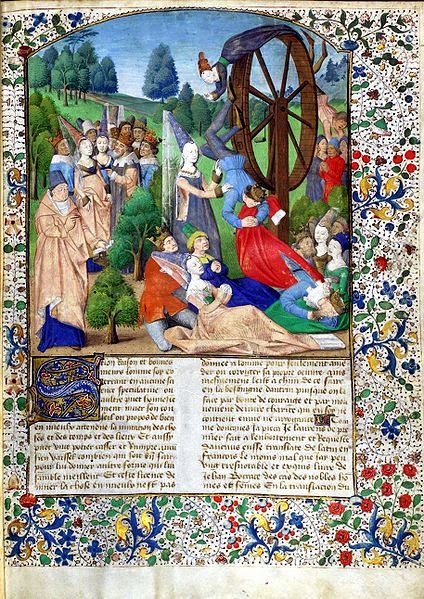 Medieval Allegory of Fortune, a central theme in my next novel. From an edition of Boccaccio's De Casibus Virorum Illustrium (1467), Glasgow University Library (image is in the Public Domain).

I have now lived in London for longer than I have lived anywhere else, and I have access to some fantastic research resources (the British Library, National Archive and London Metropolitan Archive, to name but three), so this is where the next novel will be set. For most of its history, "London" meant, specifically, what we call "the City," and this, indeed, will be the primary focus of the novel. It will have a similar structure to Omphalos, and, for specific reasons that I'm not revealing at this stage, it will include stories set in the present day, the early 20th Century, the 16th Century, 14th Century, 6th Century and 2nd Century. Most of the protagonists will probably be fictional, but they may well interact with historical figures. 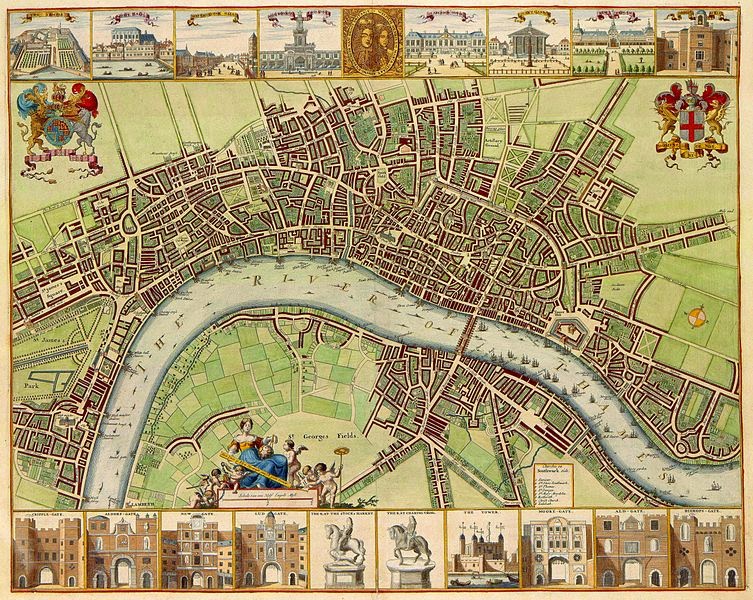 The City of London in the 17th Century (W. Hollar - image is in the Public Domain).

Here are just a few of the places that I think are bound to feature in the book one way or another. 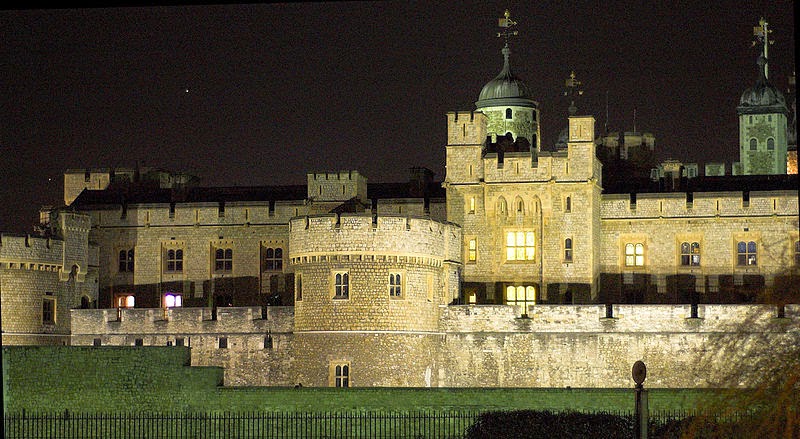 The Tower of London. Photo: Kjetil Bjornsrud (licensed under GNU). 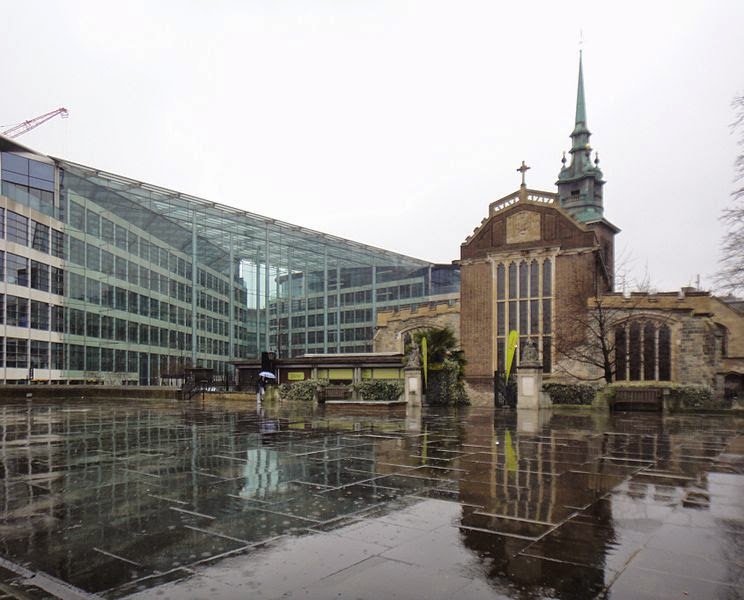 The church of All Hallows by the Tower. There has been a church on this site continuously since the 7th Century, and the remains of a Roman house can be seen in the crypt. Photo: Patrice78500 (licensed under CCA). 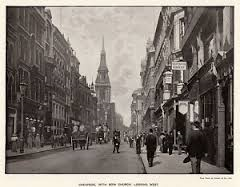 Cheapside in 1890 (image is in the Public Domain).

Mark Patton's novels, Undreamed Shores, An Accidental King and Omphalos, are published by Crooked Cat Publications, and can be purchased from Amazon UK or Amazon USA.
Posted by Mark Patton at 00:42