In "The Infinite Labyrinth," one of the six stories that make up my novel, Omphalos, a Royal Navy midshipman chooses an antique book as a birthday gift for the young woman he is courting. The midshipman has been offered a commission which would involve working on the Canadian/American border, and he wishes to persuade his love to follow him there as his wife. 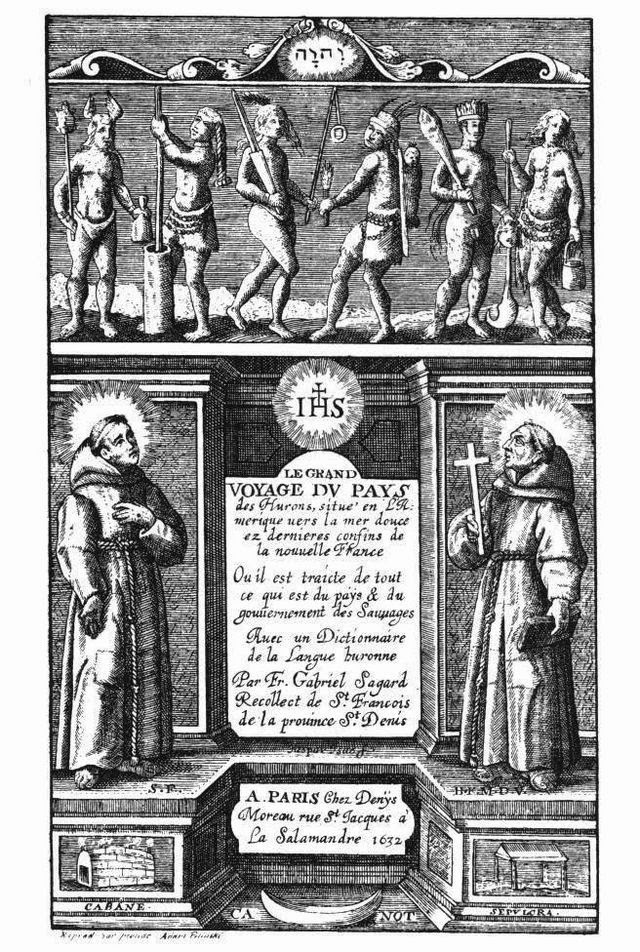 The book in question is Gabriel Sagard's Le Grand Voyage aux Pays des Hurons. Sagard was a member of a Catholic religious order, who was posted to a mission in Canada in 1623, and remained there for just over a year, before being recalled to France. Reading between the lines, I have a suspicion that his recall may have been prompted by a concern that he had become "too close" to the native people amongst whom he was living, and more preoccupied with learning about their culture than with "the job in hand," converting them to Christianity.

The book that he produced on his return to France (it was published in 1636) is a masterpiece of early travel-writing, which can also be considered as one of the earliest works of serious ethnography. He begins with a description of the journey, by foot to Dieppe and thence by ship, running the gauntlet of pirates, and encountering whales and manatees. 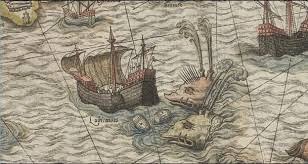 Whales attacking a ship, from Olaus Magnus's Carta Marina of 1539 (image is in the Public Domain). Such images, fanciful as they may appear to modern eyes, defined the way in which contemporaries understood a world that few of them would ever experience for themselves.

Having arrived in the New World, he began his journey up the St Lawrence River, where he first encountered the Huron (or Wyandotte) people, and embarked upon a study of "their government, their ways of doing things, their faith and beliefs, their forms of torture and executions of prisoners, their medicines and remedies, their dances and songs, hunting, fishing, the birds, animals and fish, how they cultivate the ground and how they bury their dead." 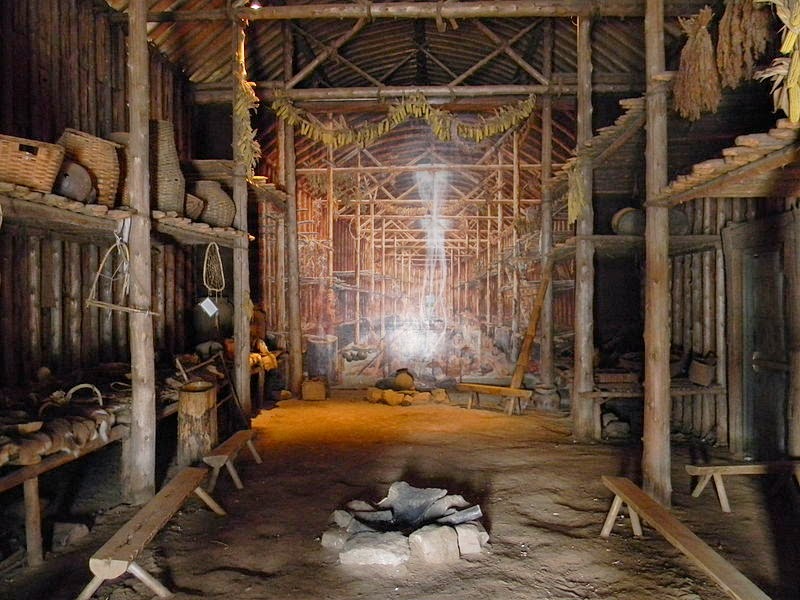 A reconstruction of a Huron long-house near Toronto. Photo: Laslovarga (licensed under CCA).

We cannot know with what level of proficiency Sagard learned the local language, but the French-Huron dictionary he produced remained in use well into the 19th Century. Although he followed the conventions of the day in describing non-Christian people as "savages," his respect for the people with whom he lived for a year is evident from the text, and the social institutions he describes are anything but "savage." 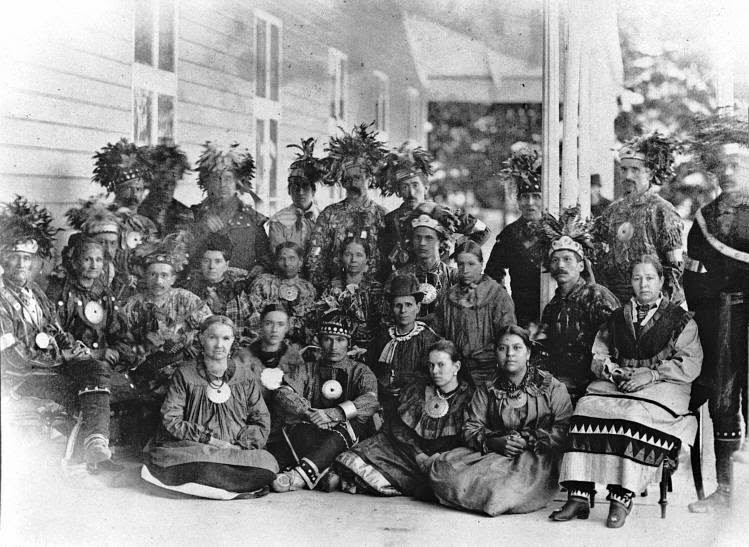 The Huron-Plume group at Summerwood, Quebec City, 1880. Photo: Jules-Ernest Livernois (image is in the Public Domain). By this time, the descendants of the people with whom Sagard interacted were, for the most part, confined to reservations.

Sagard was perhaps naïve, however, in his expectations concerning the on-going relationship between these people and his own. Behind the façade of peaceful missions such as Sagard's, the French and British were engaged in a violent struggle for control of the fur-trade, each co-opting some of the native peoples as allies (the Huron became allies of the French, their traditional enemies, the Hadenosaunee, became allies of the British) and pitting them against one another. Nor could he have had any inclination of the devastation that would be caused in these communities by European diseases such as smallpox and measles, of which he himself may have been an unintentional vector. 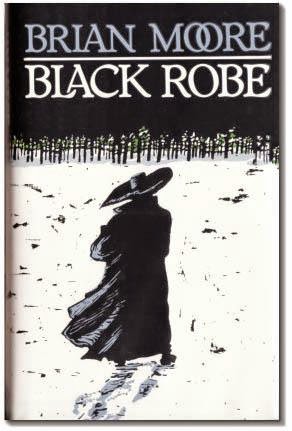 Sagard's account provided important inspiration and background for Brian Moore's historical novel, Black Robe, which follows a fictional Catholic priest, Father Laforgue, on a similar journey through the lands of the Huron, and which, in turn, inspired Bruce Beresford's (1991) film of the same name.