The Duchy of Bouillon: A Bypassed Corner of European History

Ask a group of history students to name the states that once made up the Holy Roman Empire, and the odds are that most will begin with Prussia, Bavaria, Hanover and Saxony, some will extend to Brandenburg, Regensburg, Cologne, Wurtemburg and the Austrian states, but few, if any, will include Bouillon. Change the topic to the First Crusade, however, and the name of Godefroi de Bouillon, one of its preeminent leaders, will soon be on the tip of every tongue. 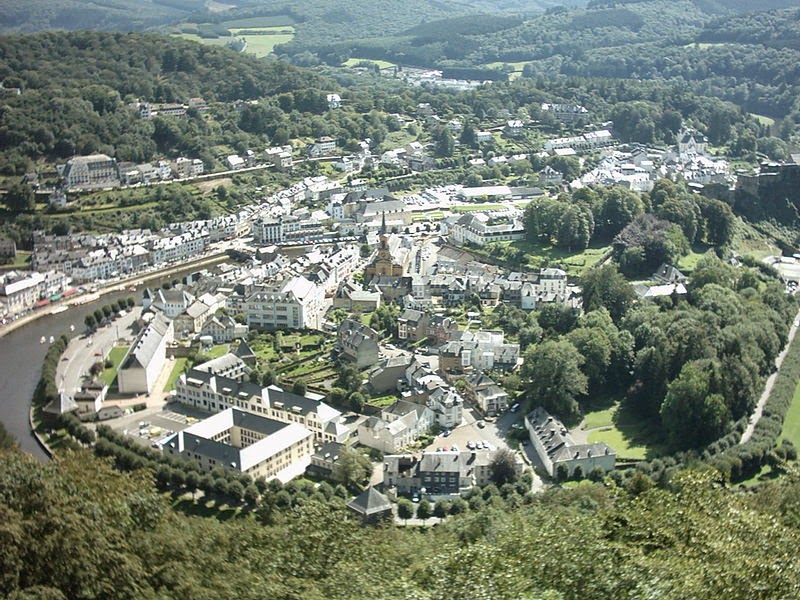 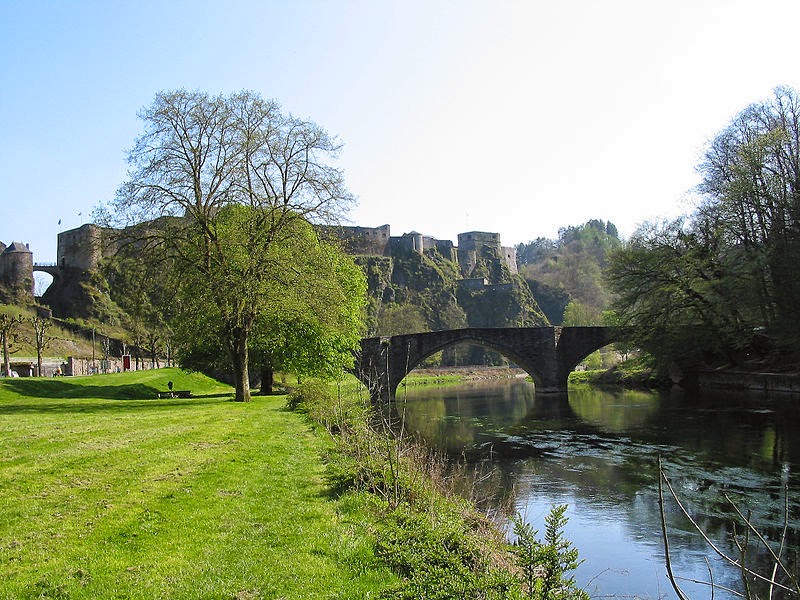 Bouillon is, today, a community of 5-6000 people, located in Belgium, but bordering on France. Surrounded by forest, it is some miles distant from most tourist trails, too far south for those who are visiting the battlefields of the First World War; too far north for those exploring the Rhineland. Its beauty is undeniable, but it is a beauty discovered by few from beyond the region. 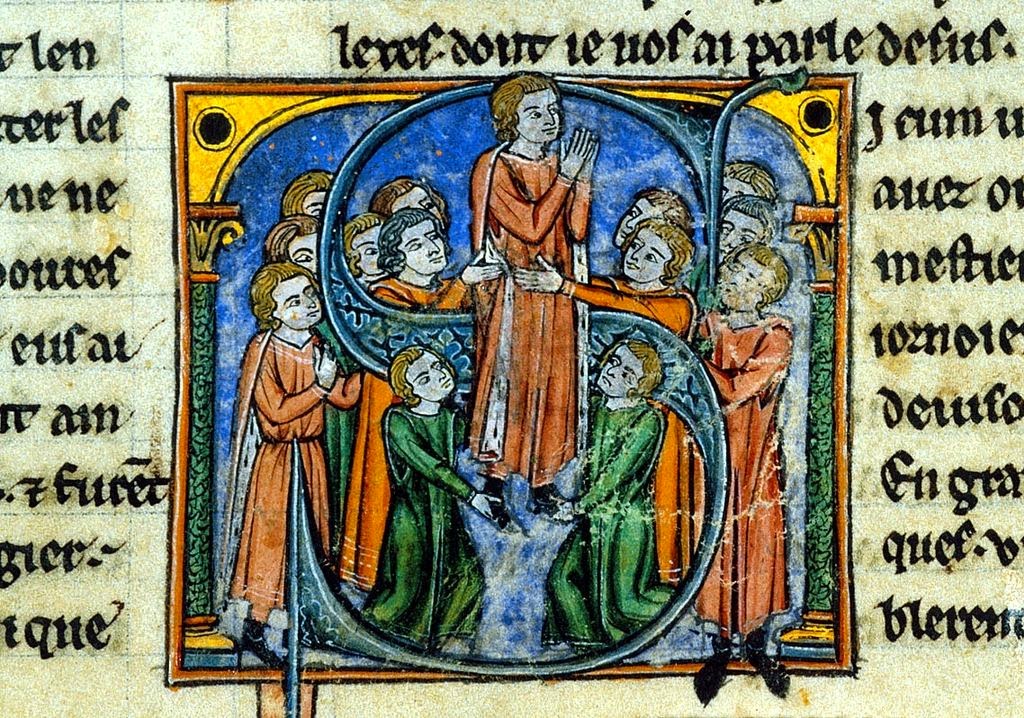 It is, perhaps, significant, that one of Godefroi de Bouillon's first publicly recorded acts was to sell all of his lands and properties in the territory from which he took his name to the Bishop of Liege. This generated the funds that allowed him to raise an army. He rode out from Bouillon, never to return, and would ultimately become, in 1099, Jerusalem's first Christian ruler (it is said that he refused the title of king, insisting that this belonged to Christ alone). Godefroi was a direct descendant of Charlemagne, but he seems never to have married, and thus had no legitimate descendants. 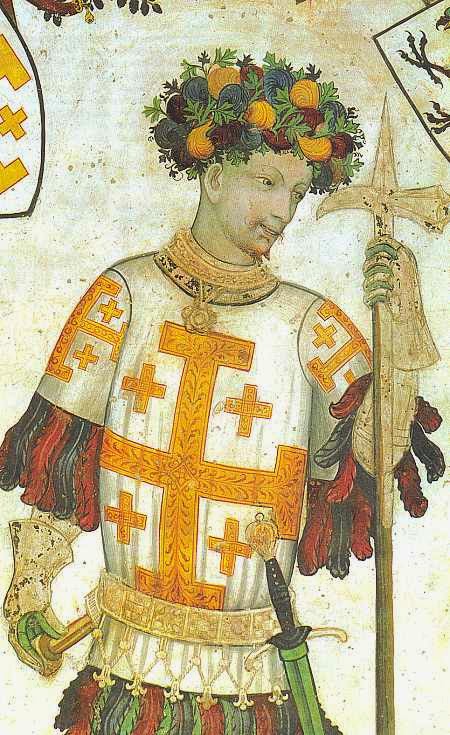 Godefroi de Bouillon, from a 15th Century fresco by Giacomo Jaquerio, Salluzo, Italy (image is in the Public Domain). His distinctive coat of arms with its five crosses, was incorporated into those of the subsequent Ducs de Bouillon, although they were not Godefroi's descendents.

The bishops of Liege thereafter styled themselves "Duc de Bouillon," until 1678, when the French army captured the territory, the king placing it in the hands of the family "de la Tour d'Auvergne," who administered it until 1796. These dukes, Godefroy Maurice (1641-1721), Charles Godefroy (1706-1771) and Godefroy Charles Henri de la Tour d'Auvergne (1728-92) were among the premier nobles of France, but they largely ignored the territory itself and the people of Bouillon, for the most part, returned the compliment. 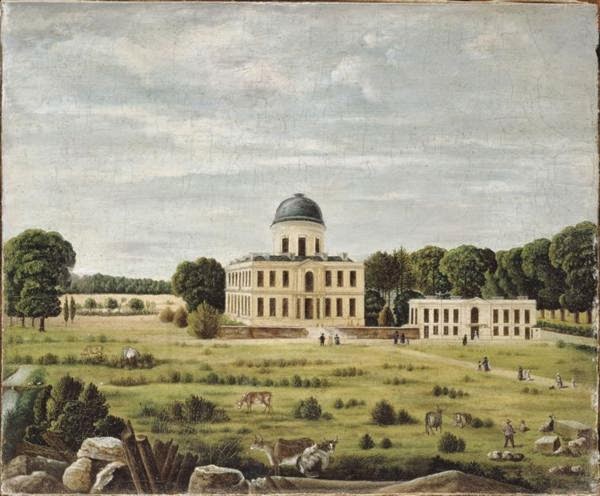 The Chateau de Navarre, near Evreux (image is in the Public Domain).

Godefroy Maurice and his successors also had the title Comte d'Evreux, and he built a chateau at Evreux, in Normandy, which became the family's main seat. They also had a Parisian townhouse, which is now the Elysee Palace. Godefroy Maurice's father, Frederic Maurice had been an important patron of the artist, Claude. 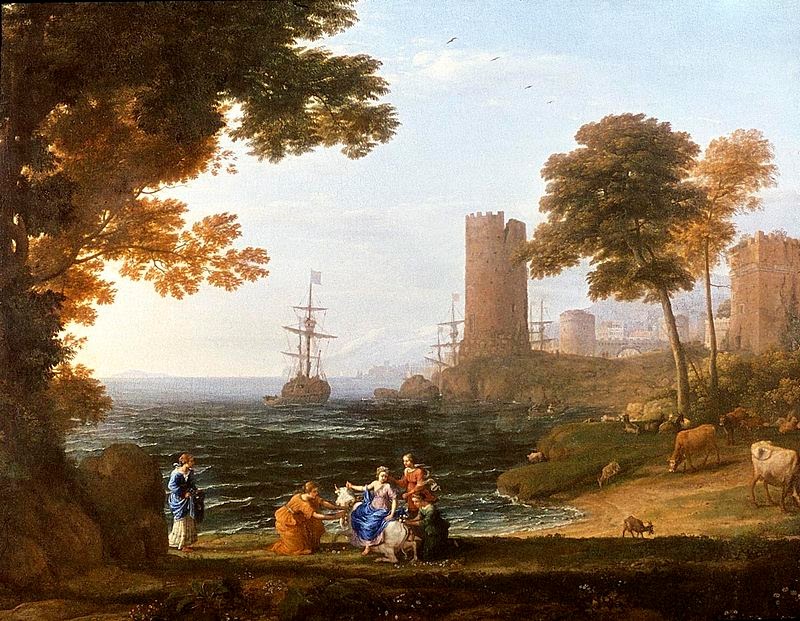 "Landscape with the Abduction of Europa by Jupiter," commissioned from Claude by Frederic Maurice de la Tour d'Auvergne (image is in the Public Domain). Since the family had a "tower" in its name, they also had one in their coat of arms, and the central round tower here is a reference to this.

Godefroy Charles Henri de la Tour d'Auvergne was an active freemason (the family had their own lodge, "Saint Charles de la Parfaite Harmonie"), who embraced the French Revolution, but Bouillon was forcibly annexed to France a few years after his death. Napoleon subsequently gifted the Chateau de Navarre to the Empress Josephine. In the wake of Napoleon's final defeat, Godefroy Charles Henri's adoptive son, the British spymaster, Philippe d'Auvergne, raised a small army to press his claim to the duchy, but the arbitrators appointed by the victorious powers awarded it, instead, to a rival claimant, Prince Charles de Rohan, and Philippe returned, bankrupt, to London. 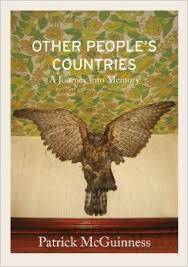 In his memoire of Bouillon, Patrick McGuiness paints a poetic and evocative picture of a back-water as indifferent to its former dukes as most of them were to it:

"My mother's family have lived in Bouillon for generations. until the early twentieth century, many of the men worked as miquelets, small-scale loggers, cutting down trees in the forest that surrounds the town, chopping the wood and tying it up into rafts, and then floating them into Bouillon to be dried and sold ... Later, like my grandfather's family, the men worked in one of the two factories, or, like my grandmother's, as domestic servants or hotel chambermaids, waiters, handymen or kitchen staff ..."

None of the dukes of Bouillon are remembered in the stories told by the people of Bouillon. Cardinal Mazarin, on the other hand, is remembered, but for all the wrong reasons:

"'Monner un train Mazarin' - to flaunt yourself like Mazarin, to live the life of Riley - is one of those patois phrases I heard a lot. It goes back to the days when Cardinal Mazarin ... passed through Bouillon, leaving an impression of such wealth and opulence that the term is still used today. I first heard it when my grandmother used it to describe a neighbour buying a colour television. By the time she had her own colour television, she was using it to describe people who had two colour televisions. It's always someone else who flaunts themselves like Mazarin."