Encounters with a Lower Power: The Prehistoric Flint Mines of Norfolk

Close to Thetford, in Norfolk, is a heathland surrounded by pine woods. From a distance, the heath seems un-remarkable: it is covered, depending on the season, with buttercups and daisies, or with clumps of purple heather, and, in the summer, skylarks are to be heard singing above it. Drawing closer, however, it becomes apparent that the heath is pock-marked with craters, like the surface of the moon. 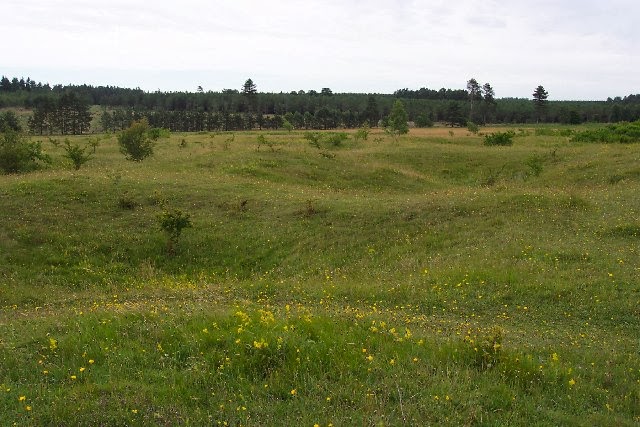 These craters represent the in-filled shafts of more than forty mines, dug more than five thousand years ago with picks made from deer-antler and shovels from the shoulder-bones of pigs. Our Neolithic ancestors were mining here, not for coal, or for gold, or for copper, but for flint. The vertical shafts, some of them twelve metres in depth, give access to cramped horizontal galleries that form a honey-comb deep beneath the heath. 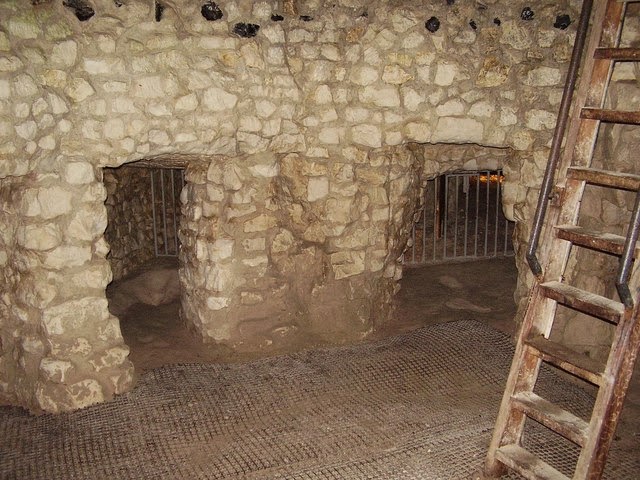 Grimes Graves, the base of one of the excavated shafts. Photo: Ashley Dace (licensed under CCA). 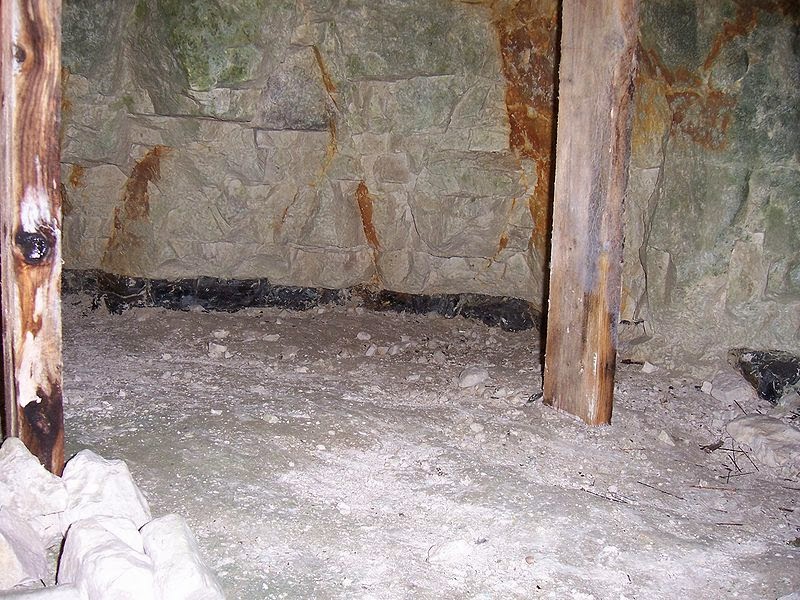 I first visited the flint-mines of Grime's Graves as a Cambridge undergraduate, more than a quarter of a century ago, and returned, almost incidentally, many years later, when researching my novel, An Accidental King. The novel is set, not in the Neolithic, but in the early years of Roman rule in Britain, but something drew me back to a place that had impressed me so many years before. I learned something new: that some, at least, of the ancient mine-shafts had been re-opened and explored in the 1st Century AD, and it was this that led me to use Grime's Graves as the setting for the drama that unfolds in Chapter 19 of An Accidental King.

The tonnes of flint that were extracted from the mines by Neolithic people were used, principally, for the manufacture of polished axes. These had a practical purpose (clearing land for cultivation, cutting down trees to build houses and boats), but also a symbolic value (they are often found buried in tombs, or on ceremonial sites). Axes from Grime's Graves found their way, through trade and exchange, to all parts of the British Isles, as did stone axes from other "factory" sites in Cornwall, Wales, Scotland and Northern Ireland. There are even axes in Britain made of jadeite from the Italian Alps. In Chapter 3 of my earlier novel, Undreamed Shores, my protagonist, Amzai, is given a flint axe which might well have come from Grime's Graves: this axe appears again in Chapter 17 of An Accidental King (a Neolithic flint axe really was found beneath the Roman temple on Hayling Island, where this scene is set).

Polished axes of jadeite from Benon in Brittany. Photo: Pline (Licensed under GNU).

Whilst my tutors in the early 1980s emphasised the economic significance of the flint mines, and the trade in stone axes, more recent research has stressed the symbolic and even religious dimensions. My own research in the Channel Islands, together with work in the Lake District by Professor Richard Bradley and Dr Mark Edmonds, has shown that the places where the axes were made were very often in remote, inaccessible and spectacular locations, places that may well have had a spiritual importance in the lives of the people who made and used the tools. 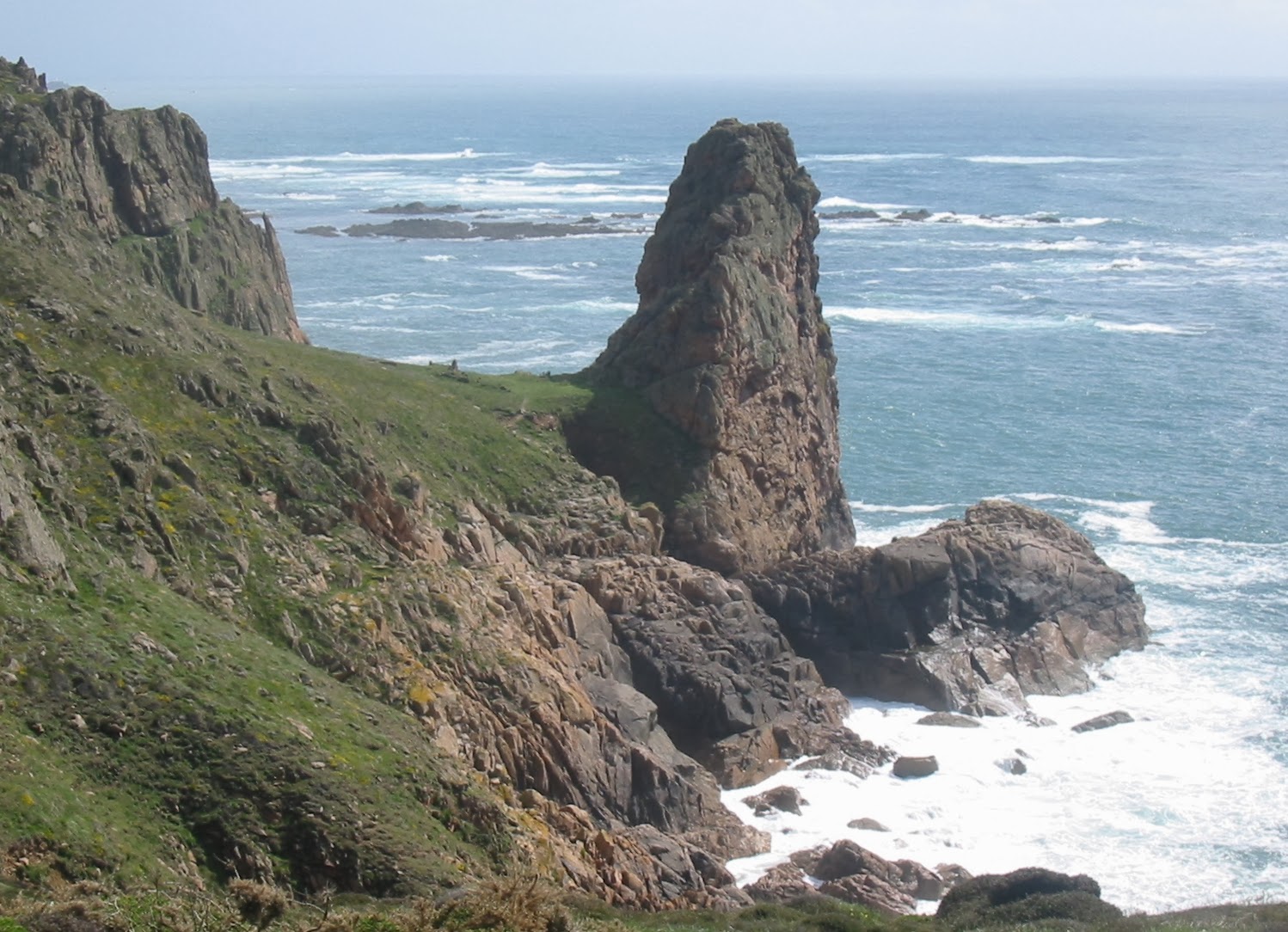 Le Pinacle, Jersey. Axes of dolerite from a seam at the base of the rock have been found on Guernsey, Sark and Alderney, as well as on Jersey. Photo: Man Vyi (image is in the Public Domain). 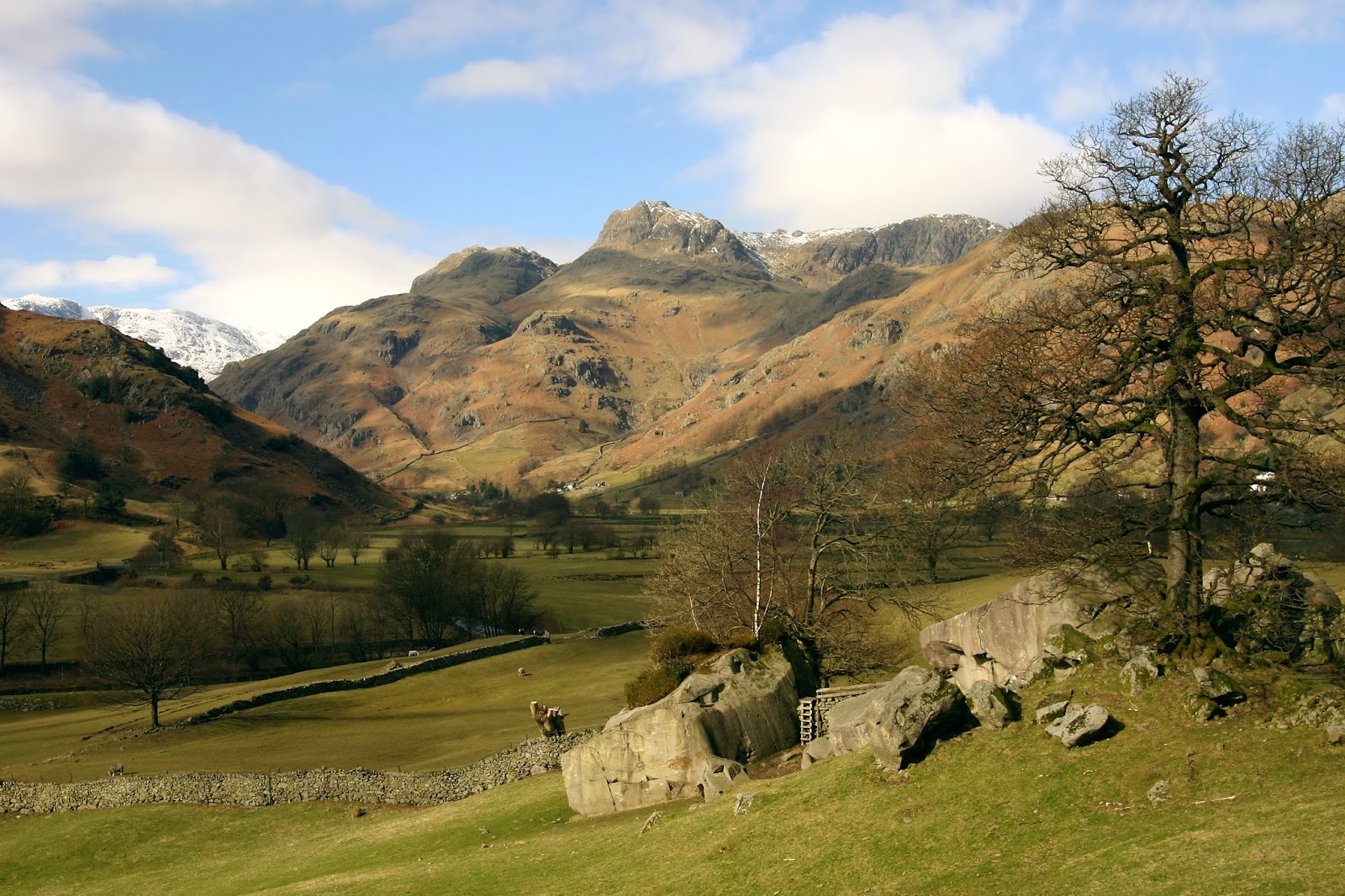 Great Langdale, Cumbria. Bradley and Edmonds were able to show that the stone quarried to make stone axes was taken from some of the most inaccessible ledges high on the mountain. Photo: Mark S. Jobling (image is in the Public Domain).

Eleanor Catton, in her novel of the New Zealand gold-rush, The Luminaries, contrasts the "value" of gold to the European settlers with the "worth" of green-stone (pounami) extracted by Maoris from the same mountains. 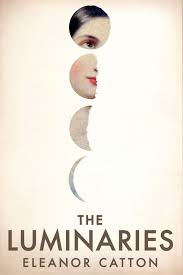 The Maori made a distinctive type of weapon, the mere, from this green-stone, and individual meres had names reflecting their "worth," depending on the places where they had been made, the people who had owned them and the deeds to which they had been witness. 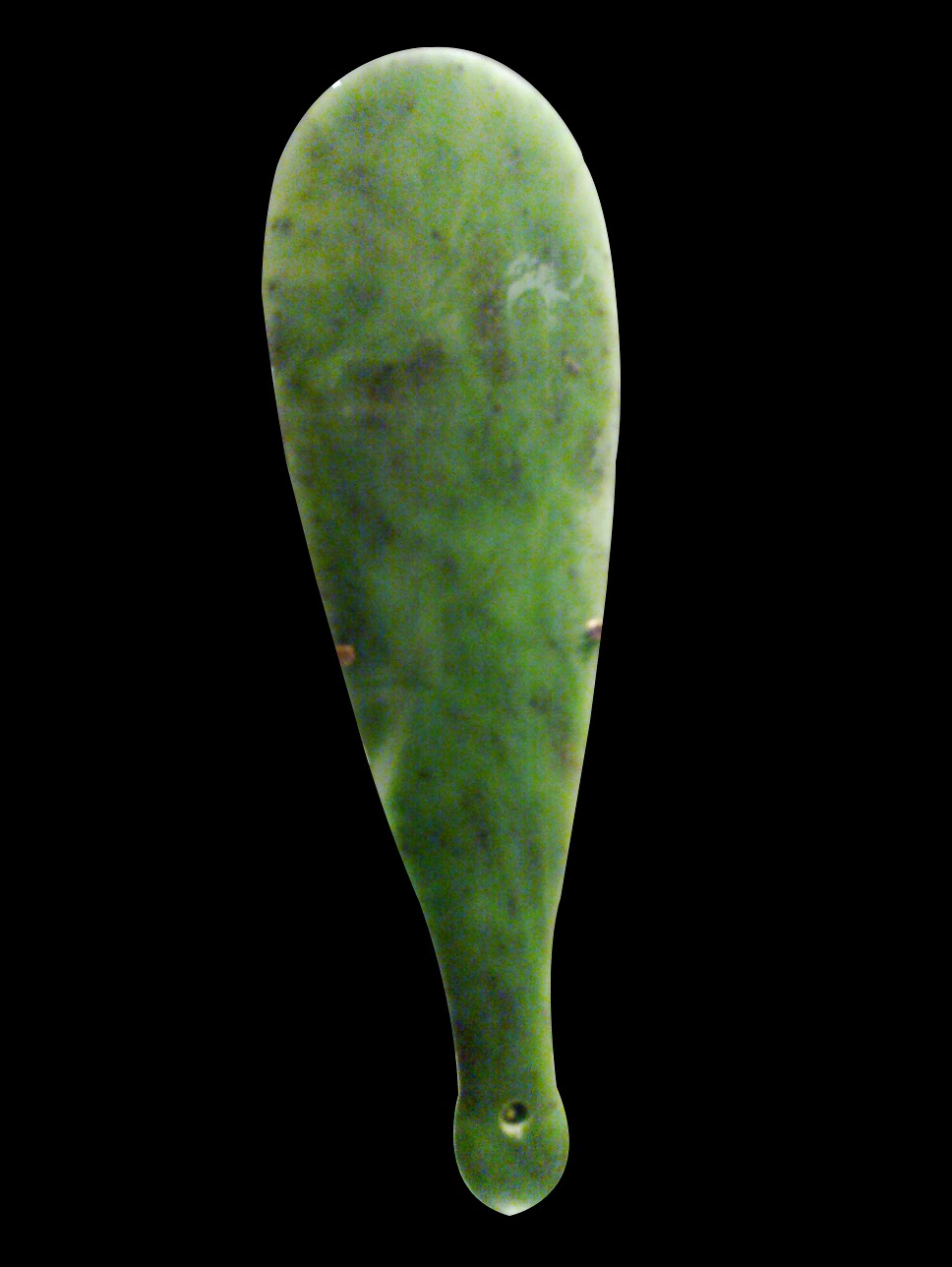 A Maori mere, a weapon used for striking the head of an enemy, but also a symbol of chieftainship. Photo: Sladew (licensed under CCA). 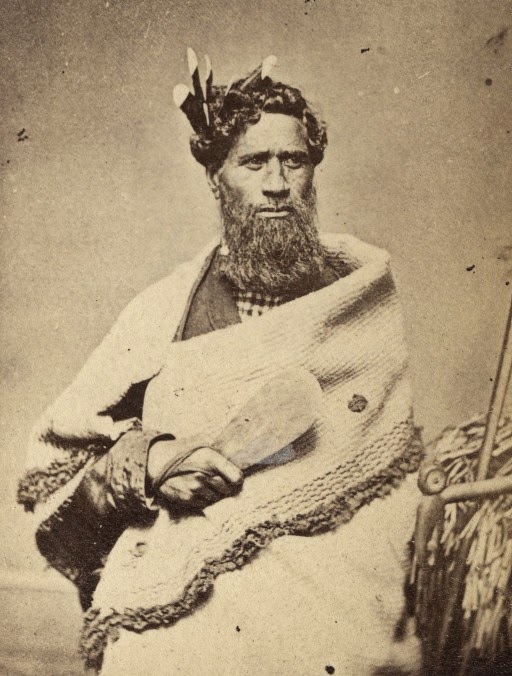 It may have been precisely this sort of "worth" that was attached to Neolithic axes, and which explains both their circulation over great distances, and their persistence as heirlooms over long periods of time. The stories told about such objects are typically more important than any functional purpose they may serve. In the case of Grime's Graves, the act of digging into the ground, of entering a dangerous and unfamiliar space, of making contact with the spirits of the underworld, that gave worth to them, inscribing upon them the first chapter in a heroic story that accompanied them as they passed from one hand to another.

Mark Patton's novels, Undreamed Shores and An Accidental King, are published by Crooked Cat Publications, and can be purchased from Amazon UK or Amazon USA.
Posted by Mark Patton at 02:45