In September last year (http://mark-patton.blogspot.co.uk/2013/09/the-first-age-of-sail.html), I considered the evidence for long-distance sea-voyaging in the European Bronze Age (c2400-700 BC). Although the earliest definitive evidence we have for sail-driven sea-craft is a gold model of a boat with a mast found in Ireland and dating to around 50 BC, it seemed to me that the circumstantial evidence for long-distance maritime contacts at a much earlier stage (probably from c1500 BC) was overwhelming. It is clear that voyages across the English Channel, the Pentland Firth and the Irish Sea were made, at least occasionally, at a much earlier stage even than this (probably as early as 4500 BC), but how regular were these contacts, how were they undertaken, and what was there significance? These questions have remained unanswered.

These questions have drawn me into a debate with my fellow historical novelist, J.S. Dunn, who, in a response to my review of her Bending the Boyne (www.goodreads.com/book/show/10534367-bending-the-boyne#other_reviews), has insisted that long-distance sea voyages must have taken place on a fairly regular basis going back to the 3rd or 4th Millennium BC. Cross-channel voyages do feature in my own Undreamed Shores, but as rare, occasional and sometime accidental events, in vessels without sails. Dunn, on the other hand, features planned and regular voyages over much longer distances, as, for example, between southern Ireland and western France. 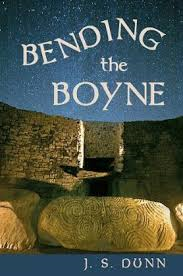 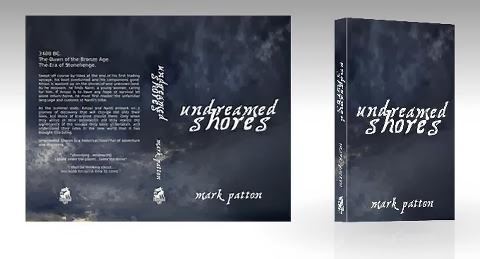 "The evidence," he writes, "while comparatively slight, is sufficient to suggest that, by the 5th Millennium BC, maritime networks may have linked the communities together along the length of the Atlantic façade." 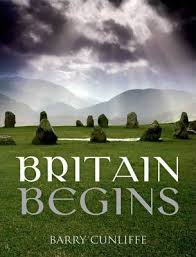 This evidence includes the existence in Britain and Ireland of 130 jadeite axes, whose ultimate origin lies in the Italian Alps. It includes the pottery from a megalithic site at Achnacreebeag in Scotland, which has been compared to pottery found in Normandy and Brittany, and on some of the sites that I have excavated in the Channel Islands. 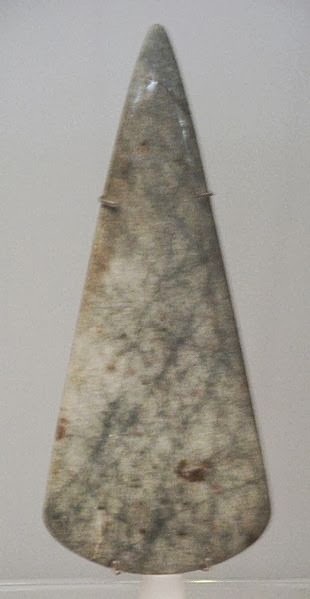 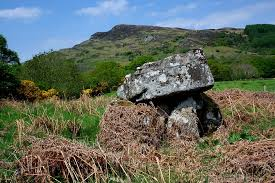 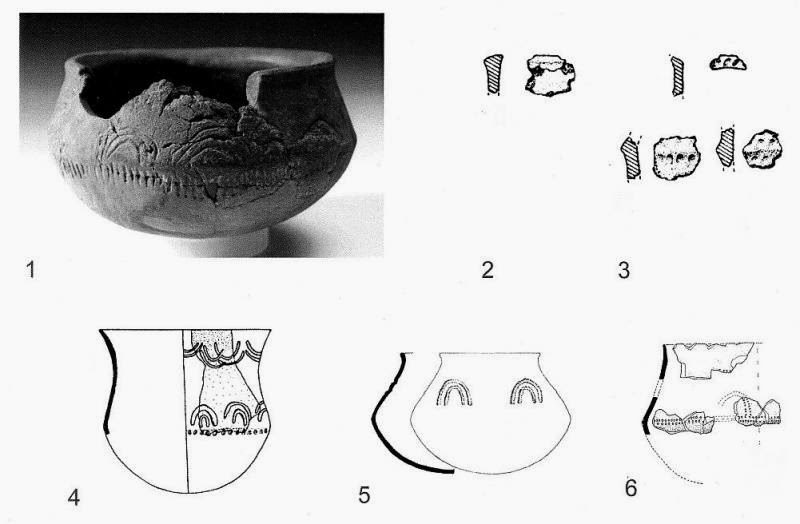 It includes genetic, as well as archaeological evidence: the Orkney vole (Microtus arvalis orcadensis), present in the islands since Neolithic times, which has a genetic make-up suggesting movement from western France or Iberia in just one step; and Ireland's pygmy shrew (Sorex minutus), belonging to a genetic strain otherwise found only in the Pyrenees. 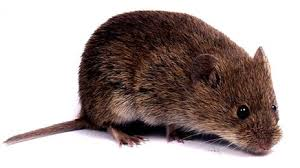 "As to the vessels and sailing capabilities of the travellers," Cunliffe adds, "we can only guess." One possibility is that sailing vessels have a much older pedigree in Europe than is directly apparent in the archaeological record. I am not, however, inclined to believe this. To stretch the origins of sail back from 50 BC to 1500 BC, without any direct archaeological evidence, requires an imaginative leap. To take it back a further three or four thousand years seems unwarranted, especially when there is a marked increase in contacts from around 1500 BC that must be explained somehow.

There is, however, another possibility, which is that people were capable of much longer voyages in vessels without sails than has hitherto been assumed. This requires an imaginative leap of a different sort, an imaginative leap that is, perhaps, properly the domain of the novelist rather than that of the archaeologist or the historian, since it requires us to pose a fundamental question, the answer to which can probably never be provided by material evidence. How was risk understood and appraised by the prehistoric mind? To cast off from a promontory in Southern Ireland, and to head south in the hope of reaching a land that might have been known of only in legends, would, by today's standards, be an act of folly, but is this how it would have appeared to someone standing on that shore five or six thousand years ago? Generations of people have been inspired by faith, and we might well ask whether faith in an unseen land is really so very different from faith in an unseen god?

The 18th and 19th Century pilot gigs of Cornwall and the Scilly Islands (www.pilotmag.co.uk/wp-content/uploads/2008/07/pilotmag-291-final.pdf) may give us some ideas as to the sort of vessels in which prehistoric mariners might have travelled. They were six-oared open wooden boats (their prehistoric equivalents might as easily have been skin-covered) used to carry pilots out into the western reaches of the channel at a time when pilots had to compete with one another for the attentions of merchant captains. They were, however, used for other purposes, prominent amongst which was smuggling, and in which capacity they are known to have crossed directly from Cornwall to Brittany. One Scillonian pilot, John Nance, is known to have made twenty-five round trips to Roscoff and, on one occasion, rode out a storm for 30 hours by keeping the gig's head to wind. 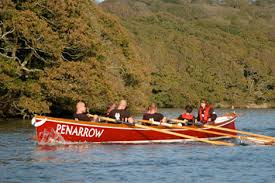 Men like John Nance almost certainly had compasses to guide them, and are likely to have made the journey previously in larger sailing vessels navigated using charts. Like us, they may even have held the map of Europe in their minds in a way that no prehistoric navigator is likely to have done. The prehistoric navigator would therefore have needed greater courage and faith, and for every one who arrived safely at his or her destination, there may have been any number of others who simply disappeared without trace.  That such voyaging can hardly have been commonplace is not to say that it did not happen, and there is an increasing weight of circumstantial evidence to suggest that it did.