What's in a Word? "Ethnology," "Anthropology" and the Politics of Race in Victorian Britain.

This morning's "In Our Time" broadcast on BBC Radio 4 (www.bbc.co.uk/programmes/b01qwgxx), focussing on the work of Augustus Pitt-Rivers (a Victorian pioneer of both archaeology and museums) introduced a word that was new to the lexicon of many listeners. That word is "ethnology." There are, as far as I am aware, no degree courses in ethnology on offer at any UK or North American University. The Adam Michiewicz University of Poznan, in Poland, offers an MA programme in Ethnology and Cultural Anthropology, whilst the University of Saint Cyril and Saint Methodius at Trnava, in the Slovak Republic, offers a BSc in Ethnology. Almost everywhere else, "ethnology" has been supplanted by "anthropology" (in which, as it happens, I hold a Cambridge MA and a London PhD). This change to the English lexicon is an accident of history. 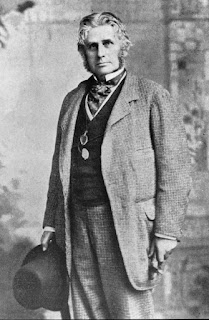 Between 1850 and 1870, the Ethnological Society of London was one of the capital's most dynamic scientific institutions. Initially established by a group of Quakers, whose interests were as much philanthropic as scientific, it fell into decline in the late 1850's, and was effectively taken over, in 1858, by John Crawfurd, elected as President on the same day that he became a Fellow. Following the example set by the Royal Geographical Society and the Royal Institution he took the radical step of admitting ladies to meetings. It revived the fortunes of the society.

In 1863, however, a small group of men (no ladies need apply) broke away from the Ethnological Society to found the rival Anthropological Society. These men included James Hunt, a pioneer of speech therapy; and the explorer, Sir Richard Francis Burton. The "anthropologists'" agenda soon became clear. At the 1863 meeting of the British Association for the Advancement of Science, held in Newcastle, James Hunt gave a paper on "The Negro's Place in Nature." He argued that there was "...as good reason for classifying the Negro as a distinct species from the European as there is for making the ass a species distinct from the zebra."

Astonishingly, for 1863, a black man stood up to challenge Hunt. He was William Craft, born a slave in Georgia. He and his wife, Ellen, had escaped from their master (she, being of mixed race, disguised as a white man; he posing as her slave - their story is documented in their book, Running a Thousand Miles for Freedom - http://etext.lib.virginia.edu/toc/modeng/public/CraThou.html) and made their way to England. Hunt dismissed Craft with sneering contempt: Negroes were "certainly far superior to Europeans" in one crucial respect, he insisted. They made better slaves. 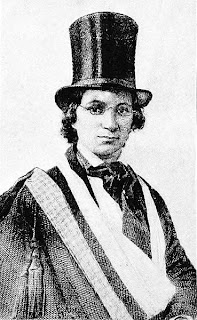 Ellen Craft, in the disguise in which she escaped.

London's scientific establishment responded swiftly and decisively. Sir John Lubbock, a neighbour and confidante of Charles Darwin, manoeuvred himself into the presidency of the Ethnological Society, taking three of his closest associates onto the committee with him; Thomas Henry Huxley; George Busk and William Spottiswoode. 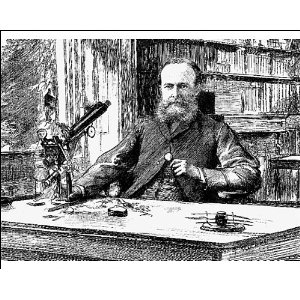 Huxley brandished Hunt's paper in his lecture theatre at the Royal School of Mines in Jermyn Street.

"I hold in my hand an address to a scientific body in this country, which has recently been published...," he declared, "and you shall judge for yourselves whether it does or does not merit the stigma of public condemnation which I think it my public duty to take this opportunity of affixing to it." 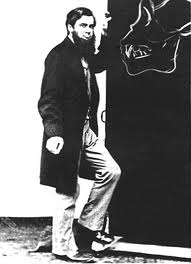 Huxley explicitly accused Hunt of acting for the "slave-holding interest." He didn't know the half of it. The forensic researches of my colleague, James Moore, have succeeded in unmasking Hunt's paymaster - Henry Hotze, the de facto Ambassador of the American Confederacy in Britain. With the defeat of the South in the American Civil War, the funds dried up and the Anthropological Society went bust. It fell to Lubbock and Busk to wind the society up, and to manage the reintegration of the two rival societies.

It seems clear that most members of the Anthropological Society were in ignorance of its true raison d'etre, and Lubbock & Busk brushed the details under the carpet. They made one concession to their former rivals, and that a lexical one. The new society, with Lubbock as its President, would be called the Royal Anthropological Institute, as it remains today. The word "ethnology" receded into the historical thesaurus.

Recent discussions in the science of anthropology (as almost everyone now calls it) give me a frightening sense of deja vu. First, there was the stand-off (http://www.survivalinternational.org/news/8980) between the American geographer, Jared Diamond, and the campaigning organisation, Survival International, over his recent book, The World Until Yesterday. Then there was the resignation of the American anthropologist, Marshall Sahlins (whose work inspired me as a student) from the National Academy of Science prompted, in part, by the election of Napoleon Chagnon (whose approach came close to putting me off anthropology for life) as a member of the Academy (http://www.nytimes.com/2013/02/17/magazine/napoleon-chagnon-americas-most-controversial-anthropologist.html). It all leaves me wondering whether I ought to petition the Senate Houses of Cambridge and London, to see if I might trade in my degrees in Anthropology for qualifications in Ethnology.

Mark Patton's biography, Science, Politics and Business in the Work of Sir John Lubbock: A Man of Universal Mind, was published by Ashgate in 2007, and is available from www.amazon.co.uk and www.amazon.com.

The exhibition, "The General, the Scientist and the Banker: The Birth of Archaeology and the Battle for the Past" (focussing on Pitt-Rivers, Darwin and Lubbock) is at the Quadriga Gallery, Wellington Arch, London, until 21st April.
Posted by Mark Patton at 07:39