The British Triumph of Claudius Caesar

One of the things I knew I wanted to do, when I started writing An Accidental King, was to give readers a front-row position at the British Triumph of Claudius Caesar, held in Rome at the end of 43 or the beginning of 44 AD, to mark the "conquest" of the British Isles. When I visited Rome in 2007/2008 to research the book, I walked the route of the triumph, noting the sights along the way to the extent that it is possible to imagine them as they might have been 2000 years ago.

The route begins on the Campus Martius (then an area outside the city set aside for military training and parades) and runs past the Theatre of Marcellus, crossing the River Tiber twice before passing alongside the Circus Maximus, entering the forum and passing by the Temples of Vesta, Julius Caesar and Saturn and ascending the Capitoline Hill, where sacrifices were made at the Temple of Jupiter Optimus Maximus. 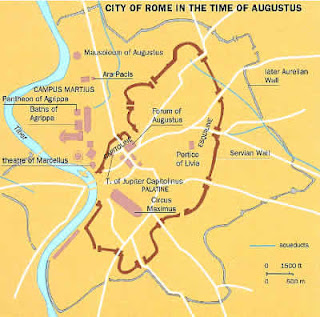 Mary Beard's book, The Roman Triumph, is an invaluable guide, based on a close study of all the available ancient sources. This has enabled her to reconstruct the way in which the procession was put together. The images of the gods, carried out from the various temples along the route, headed the procession, and behind them were carried the spoils of war: captured armour and regalia, paintings and models of key battles. Captives in chains marched behind them. 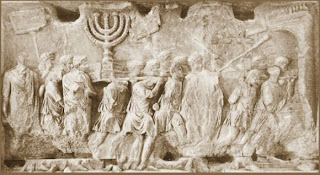 Relief from the Arch of Titus in Rome. Soldiers are carrying the most sacred Jewish artefacts from the Temple in Jerusalem, but none of them are wearing armour or carrying weapons.


Next came the Triumphator  (in this case Claudius himself) in a chariot pulled by four horses. His face was painted red, effectively making him an incarnation of Jupiter, and he wore an elaborately decorated purple toga. His most senior officers walked or rode behind him. 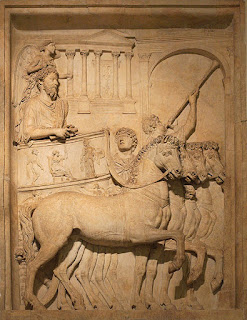 The Triumph of Marcus Aurelius.

Finally, the soldiers marched. Modern depictions, from Renaissance paintings to Hollywood movies, generally have them in full armour and bristling with weapons, but there is a problem with this. Much of the Triumphal Route lies within the limits of the Pomerium, the sacred heart of Rome, within which the bearing of arms was absolutely forbidden. To what extent this was relaxed, in the specific context of a Triumph, is open to debate (and we need not necessarily assume that all Triumphs were the same), but the contemporary depictions we have of (for example), the Triumph of Vespasian & Titus, and the Triumph of Marcus Aurelius, show soldiers in tunics and/or togas, not in armour. Even if weapons were not carried, however, it is likely, in the spirit of bread and circuses, that the cavalry wore elaborate parade helmets, turning them, in effect, into living statues. 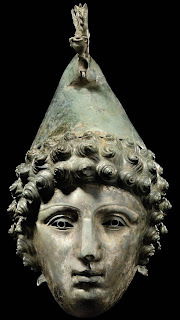 The footsoldiers at the back of the parade were allowed to sing their barrack-room ditties, often mocking their commanders. None have survived from the time of Claudius, but those from the Triumph of Julius Caesar give us a flavour:

"Home we bring our bald whore-monger,
Romans lock your wives away.
All the gold that you have lent him,
Went his Gaulish whores to pay."

"Gaul was buggered by our Caesar,
By King Nicomedus he.
Here comes Caesar wreathed in laurels,
For his Gaulish Victory.
Nicomedus wears no laurels,
Though the greatest of the three."

There is a further question about the Triumph of Claudius. In theory, the men marching in the Triumph were the men of the victorious legions, returning after the fighting had ended. Of the four legions that invaded Britain in 43 AD, however, the 14th remained in Britain for more than 20 years; the 9th for more than 50; and the 2nd and the 20th for more than a century. There can hardly have been a triumph without soldiers, but it is unlikely that many of them had seen service in Britain.

Mark Patton's novel, An Accidental King, will be published by Crooked Cat Publications later this year.

Further images of the Triumphal Route can be seen at http://pinterest.com/markpatton/the-roman-triumph.