Conceptual art is not everyone's cup of tea, and it isn't always mine, but the curatorial team at London's Hayward Gallery have a remarkable track record of identifying and showcasing the very best of it, so I was excited, yesterday, by the opportunity of seeing their latest exhibition, Mirrorcity. 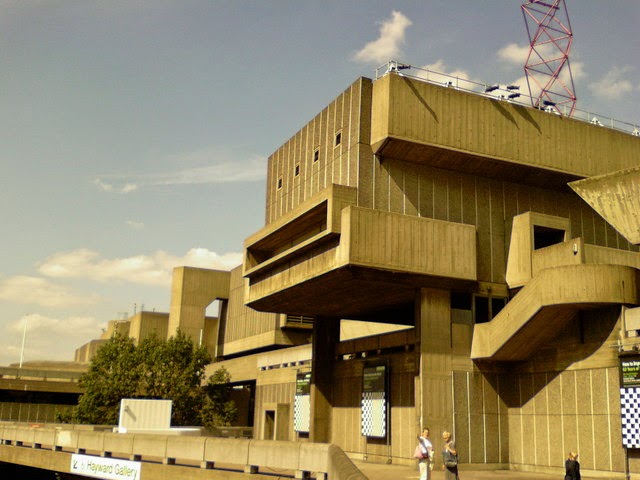 "London artists on fiction and reality," is the subtitle of the exhibition, and sums up neatly what the exhibition seems really to be about. The contributing artists were also asked to "explore the effect the digital revolution has had on our experiences," but they seem to have interpreted that part of the brief very widely indeed and, for what it is worth, I think the exhibition is far more interesting as a result.

As in all such exhibitions, I found some works more appealing than others, but the one I was most immediately drawn to was Lindsay Seers's Nowhere less now 4, iamnowhere. It takes the physical form of part of an upturned ship, and we are told that it represents a specific ship, HMS London, which served, in the late 19th Century, as part of a flotilla working to eradicate the Arab controlled slave trade in the waters around Zanzibar. The visitor is invited to "board" the ship, and a collage of images and sounds is played out before us. 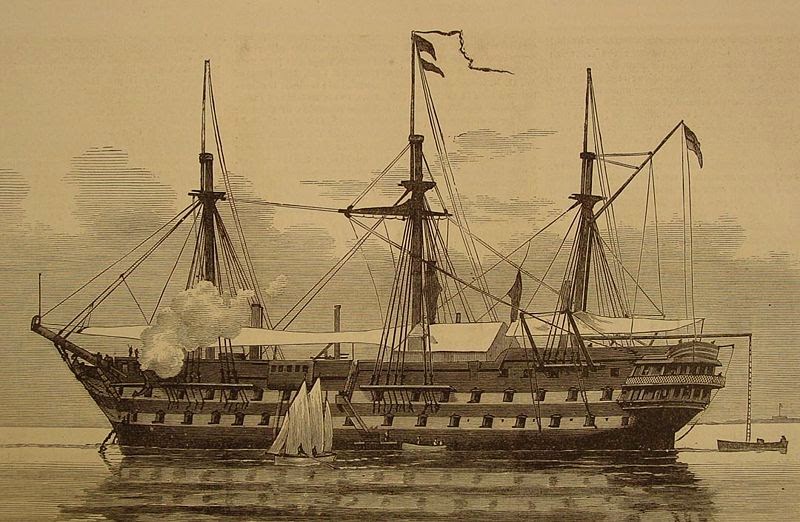 HMS London in 1881. Photo: Illustrated London News (image is in the Public Domain).

Seers's starting point is biographical. Her great-great uncle, George Edwards, served in this flotilla (although on HMS Kingfisher, rather than HMS London). She links fragments of her own family story with fragments of other stories, including that of Princess Sayyida Salme, the daughter of the Sultan of Oman, who, in 1866, became pregnant by her German lover, and was carried to safety on a Royal Navy frigate (Seers has even created a "figurehead" for her HMS London, as a likeness of Sayyida). 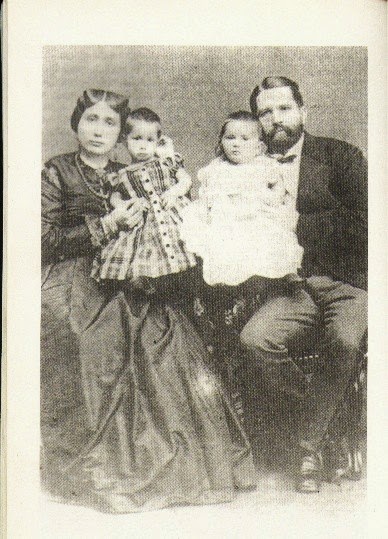 Sayyida Salme, with her husband, Rudolph Heinrich Ruete, and their two children. Rudolph was killed in a tram crash in 1870, and, to offset financial worries, she published her memoirs and letters.

One of the "characters" in Seers's "neo-narrative" is also one of her collaborators, the Swedish dancer, Ina Dokmo. Ina recalls watching, with her English father, Daniel, a German silent movie (Arnold Fanck's Der heilige Berg), including a dance scene. The scene remained in her mind, and would ultimately inspire Ina herself to become a dancer. 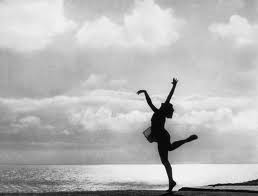 The dance scene from Der heilige Berg (image is in the Public Domain).

Only years later did Ina realise that the dancer in the scene was the young Leni Riefenstahl, who would subsequently go on to become a photographer, film-maker and Nazi propagandist. This becomes the launching point for a visual, verbal and musical odyssey, which takes us from Zanzibar to Heligoland (where the film was made, and where Ina performs the dance for us), and explores the moral legacy of the slave-trade, colonialism and the Holocaust.

There is a twist, in that Ina and her father (at least in this version of their lives - the boundaries between fiction and reality are deliberately blurred) are both schizophrenic. Their illness gives them a different grasp on reality (moral, as much as physical), and a different set of emotional responses to memory, so that we see the world through the prism of an unfamiliar viewpoint (just as we do when we read a novel). 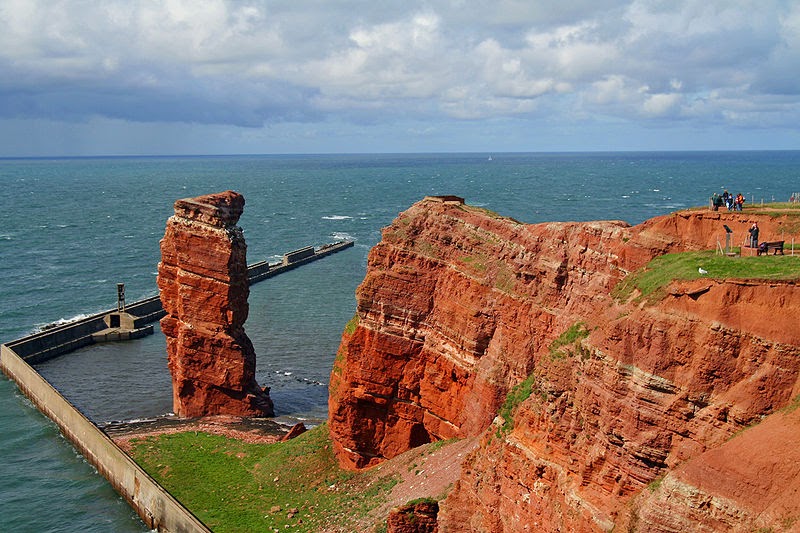 Lange Anna, Heligoland, which features both in Fanck's film and in Seers's. Photo: Unukorno (image is in the Public Domain).

This is, it seems to me, a work of historical fiction at the same time as being a work of art: just like a historical novel, it explores general themes through the eyes of specific characters (who are, inevitably, fictionalised, even if they are based on historical individuals); it is based on research (Seers made use of the National Archives - where she and I may well have been sitting at the same table - and visited the key locations). There is, indeed, a book accompanying the art work: it is half-novella, and half-dialogue (with the travel writer and novelist, Nick Maes, whose comments on the text Seers includes rather than responding to or incorporating).

The book has this comment on its back cover:

"The work of Lindsay Seers cannot be understood or enjoyed in any manner other than being present, one's physical presence is obligatory, as no photograph, no video, no clip nor description can convey its effect or intention. It is in no way reproducible and thus remains a sacrosanct experience, a personal engagement, in an age in which most artists' oeuvre can be clicked through on a website."

Having experienced it, I can do no more than endorse this comment.

The exhibition, Mirrorcity, is at the Hayward Gallery, and is open daily until Sunday 4th January.

Mark Patton's novels, Undreamed Shores, An Accidental King and Omphalos, are published by Crooked Cat Publications, and can be purchased from Amazon UK or Amazon USA.
Posted by Mark Patton at 01:27