Britain in 69 AD: The Year of Four Emperors

As 68 AD neared its end, the Roman Empire stood on the brink of chaos. In June of that year, the Emperor Nero, having been deposed by the Senate and declared a public enemy, wisely chose to commit suicide rather than allow himself to fall into the hands of his enemies. The Julio-Claudian dynasty, which had ruled Rome for almost a century, was at an end: Nero, having eliminated all potential rivals, had, by the same token, got rid of anyone who might have been considered a legitimate successor. 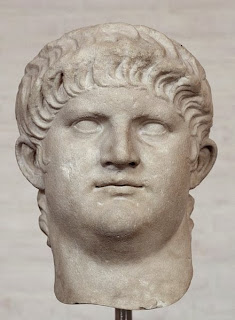 The Emperor Nero. Photo: Bibi Saint-Pol (image is in the Public Domain).

His downfall was the signal for a military coup. An ambitious but elderly general, Galba, marched on Rome at the head of a legionary force. His rule was to last for only six months. Galba, like Nero, committed suicide, and another general, Otho, seized power. In Germany, a third coup was already being planned with the backing of a larger military force. Otho, in turn, committed suicide and Vitellius took power in April, 69 AD. His power-base, however, was no more secure than those of his predecessors. 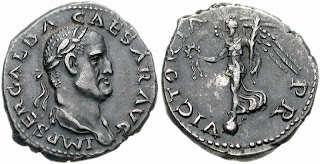 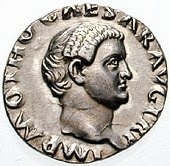 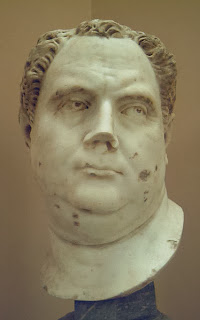 In Britain, things were, if anything, even more unstable. Boudicca's rebellion of 60-61 AD had been suppressed by Nero's Governor, Suetonius Paulinus, but not before she had razed the three main cities of Roman Britain, Colchester, London and St Albans, to the ground. Urban life had been all but extinguished from the south-eastern corner of Britain. Eight years on, little attempt seems to have been made to rebuild either Colchester or St Albans. In London, Nero's Governors, Publius Petronius Turpilianus and Marcus Trebellius Maximus, seem to have attempted to rebuild the public infrastructure. New roads and water-courses had been laid out, but few new buildings seem to have gone up alongside them. The merchant classes of Roman Britain were not exactly voting with their feet. 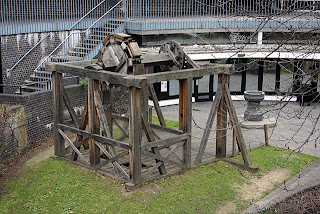 Reconstruction of a Roman water-lifting wheel, based on excavations at Aldersgate, London. Photo: Martin Addison (licensed under CCA).

Only in the zone to the south and west of the Thames did city life continue to flourish. In Chichester, Nero had built a new palace for his British ally, Cogidubnus, who may also have been responsible for building a spectacular new temple at Bath. 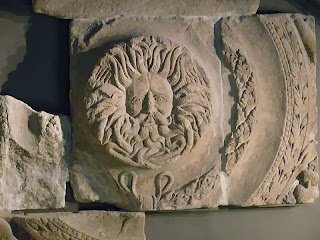 In 67 or 68 AD, Nero had removed one of Britain's legions to Gaul. Only three remained: the II Augusta based at Gloucester; the IX Hispana at Lincoln and the XX Valeria Victrix at Wroxeter. To the north, in the territory of the Brigantes, Venutios, the estranged husband of the pro-Roman Queen Cartimandua, seized his chance of power. His forces depleted, Governor Marcus Vettius Bolanus, newly appointed by the Emperor Vitellius, could spare only a small force of auxiliaries, sufficient to evacuate Cartimandua, but not to secure her territory. She disappears from history at that point. We do not know if she took refuge with Cogidubnus at Chichester (as she does in my novel, An Accidental King), or elsewhere in the Roman province, or in Europe. Ten years earlier, she had handed over the British Prince, Caratacos, to the Roman authorities. Now Venutios of the Brigantes was poised to take his place as the leader of the British resistance.

Romanised Britannia could very easily have slipped into history with Cartimandua and Cogidubnus, were it not for events taking place  at the other end of the Empire. Nero had appointed one of his top generals, Vespasian, to put down a rebellion in Judea. Now his victorious legions, dissatisfied with the rule of Vitellius, proclaimed Vespasian Emperor in his place. His subsequent march on Rome made him the first man to found a dynasty since Augustus in 27 BC. Vespasian had previously served in Britain, commanding the II Augusta in Hampshire and Dorset in 43-46 AD. He had probably befriended Cogidubnus at that stage, and it is likely that he now sought his advice on the situation in Britain. Vespasian restored the strength of the British legions and, during the course of his ten-year reign, his Governors committed themselves with renewed vigour both to the defeat of Venutios and to the reconstruction of the cities burned by Boudicca.  It was a turning point in the history both of Britain, and of the Roman Empire.

Mark Patton's novels, Undreamed Shores and An Accidental King, are published by Crooked Cat Publications. The Year of Four Emperors also forms part of the background to Nancy Jardine's novel, After Whorl, Bran Reborn, which will be published by Crooked Cat on the 16th December. These books can be purchased from www.amazon.co.uk and www.amazon.com.