A History of the World in 50 Novels. 23 - "John Saturnall's Feast," by Lawrence Norfolk

"Had I desired to foment trouble," Martin Luther declared in a sermon, "I could have brought great bloodshed upon Germany." His remarks were, in part, directed against one of his own supporters, Andreas Karlstadt who, in his absence from Wittenberg, had unleashed a series of iconoclastic riots on the churches of the city. Luther's own desire for peaceful and lawful reform of the church was sincerely felt, but the Reformation he set in motion, aided by Gutenberg's printing press, would be far from bloodless.

As the Catholic Church's monopoly over the souls of Europe's Christians crumbled, with it fell all the certainties on which Medieval life had been based. If the only ultimate truths were to be found in scripture, as Luther believed, and if each man and woman could read the scriptures in his or her own language, then each might have his or her own interpretation of it. Between 1520 and 1620, a whole host of loosely "Protestant," but, in fact widely disparate religious cults established themselves across Europe: Presbyterian, Anabaptist, Hussite, Adamite, Arminian, Puritan.

The "Catalogue of Sects" - English broadsheet of 1647, British Museum (image is in the Public Domain). 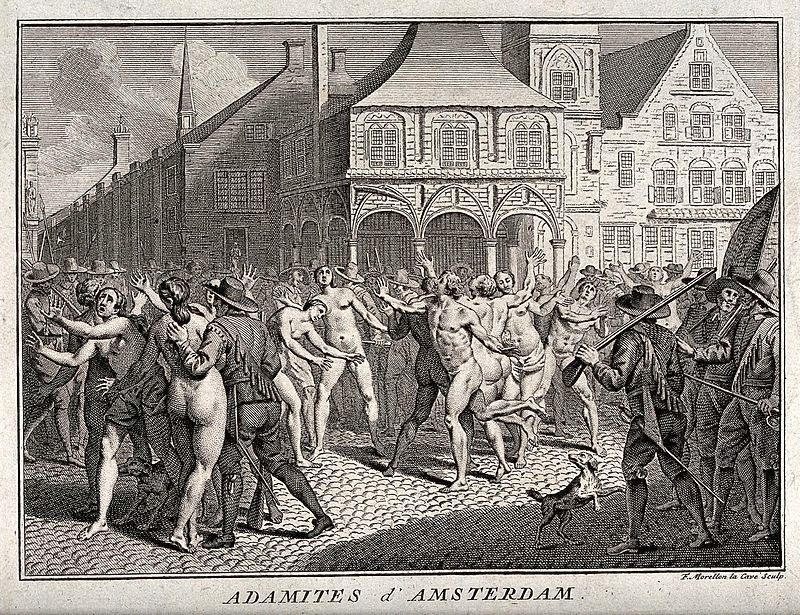 The arrest of Adamites in Amsterdam. Adamites believed in "Holy Nudity," and held their wives in common. Image: Wellcome Trust (reproduced with permission).

The influence was not only religious, but also political, for if kings did not rule by divine right, mediated through the institutions of "One Holy, Catholic and Apostolic Church," then by what right did they rule? 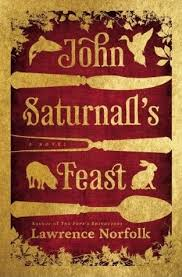 John Saturnall's Feast is set in a fictional vale in Somerset, and spans the period before, during and immediately after the English Civil War. It follows the progress of John Sandall (or Saturnall) who, with his mother as a boy, is hounded out of his village by the Puritans who have taken control, under the menacing presence of the fanatical Timothy Marpot. They take refuge in the woods, where John's mother starves to death. A clergyman takes pity on the boy and sends him to Buckland Manor, where he is taken on as an apprentice in the kitchens. 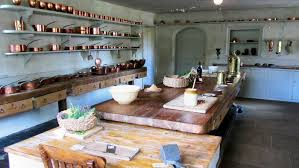 The Jacobean kitchens at Ham House, on which Lawrence Norfolk styled the kitchens of the fictional Buckland Manor. Photo: National Trust (image is in the Public Domain).

As we follow John in his apprenticeship, we learn a good deal about 17th Century cookery, much of it based on a contemporary book of recipes from the kitchen of Sir Kenelm Digby (himself a minor character in the novel). Some of the recipes are included, although "Wild Boar a la Troyenne" is not one that I will attempt in the kitchen of my writer's garret! 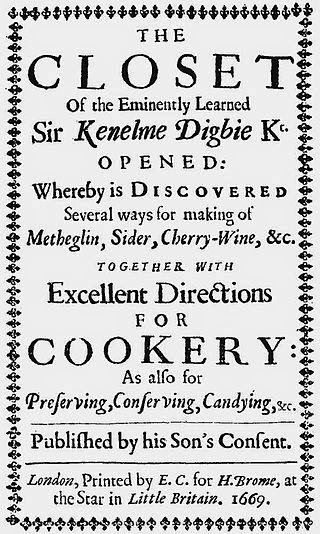 When Charles I raises his banner at Nottingham in 1642, John finds himself cooking for the Royalist Army, marching from camp to camp until the final defeat at Naseby in 1645. Then he and his comrades must make their way home, and rebuild their lives as best they can. 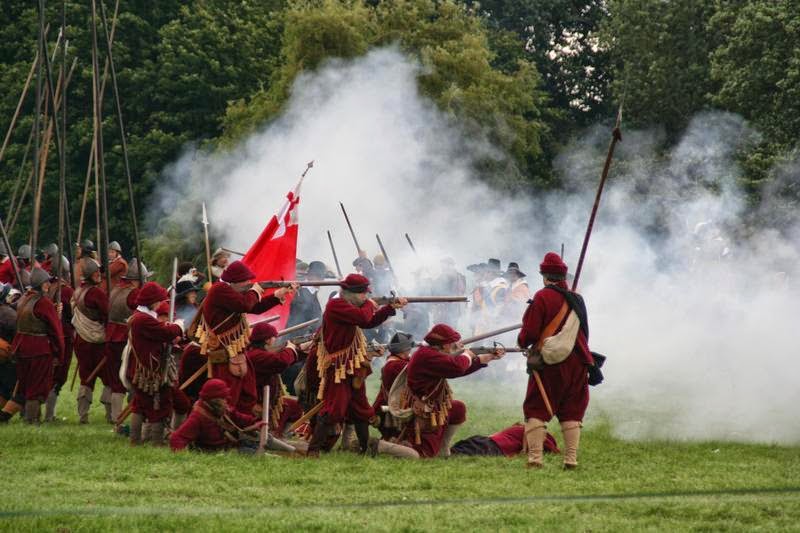 Royalist musketeers & pike-men in a re-enactment of the Battle of Naseby. English Heritage Festival of History 2005. Photo: Gene Arboit (licensed under GNU).

In this novel we see the great events of history through the eyes not of its architects, but of ordinary people whose concern is with survival. On the battlefield, John Saturnall proves himself braver than some of his social "betters," but his loyalty is to his companions more than to an abstract political or religious ideal. At times dark and at others joyous, it is a story of survival in an age when religious fundamentalism tore or own land apart, as it now rages through Syria and Iraq.

"John boiled, coddled, simmered and warmed. He roasted, seared, fried and braised. He poached stock-fish and minced the meats of smoked herrings while Scovell's pans steamed with ancient sauces: black chawdron and bukkenade, sweet and sour egredouce, camelade and peppery gauncil. For the feasts above he cut castellations into pie-coffins and filled them with meats dyed in the colours of Sir William's titled guests. He fashioned palaces from wafers of spiced batter and paste royale, glazing their walls with panes of sugar. For the Bishop of Carrboro they concocted a cathedral." 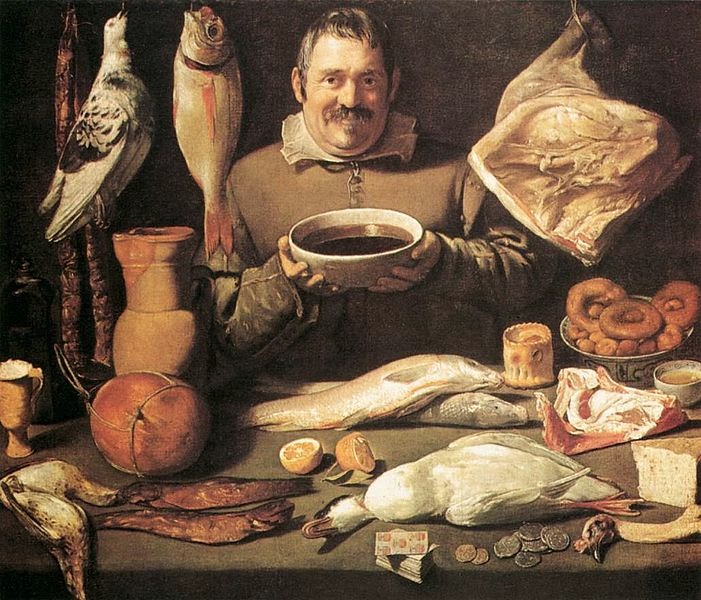 "The Chef," unknown artist of the 17th Century. Rijksmuseum, Amsterdam (image is in the Public Domain).

"The latest encampment of the Buckland Kitchen was a roofless barn on a rise overlooking the valley below. Spread out over the fields, the troops of the King's army gathered around their fires. The smells of woodsmoke and latrines drifted up the shallow slope ...  They had all learned new skills, John reflected. Even the cooks. Scavenging meals from hedgerows, snaring rabbits, finding firewood and shelter in the midst of downpours."

"Harsh shouts echoed in the servants' yard then the nearest cooks shuffled aside. A man garbed in black breeches, a plain black smock, black jacket and short black cloak entered. In one hand he carried a Bible. The other held the bell ... All that remained of the altar was a rectangular scar on the floor. The glass had been smashed from the windows and the bare walls whitewashed ... Buckland's new pastor cast his eyes over the Household, threw his arms wide and sent his cloak flapping like the wings of a monstrous crow."

Mark Patton's novels, Undreamed Shores, An Accidental King, and Omphalos, are published by Crooked Cat Publications, and can be purchased from Amazon UK or Amazon USA. Omphalos is on the long-list for the M.M. Bennetts Prize for Historical Fiction.