Secrets of the 18th Century Diary

When I began the research for my third novel, Omphalos, I knew that I wanted one of my six stories, set in the 18th Century, to take the form of a diary, and I therefore set about reading as many real 18th Century diaries as I could find. The diary, as a form, had really come into its own in the previous century (the first recorded use of the word "diary" with its modern meaning is in Ben Jonson's comedy, Volpone, in 1605), and I was already familiar with the 17th Century diaries of Samuel Pepys, John Evelyn and Jean Chevalier. 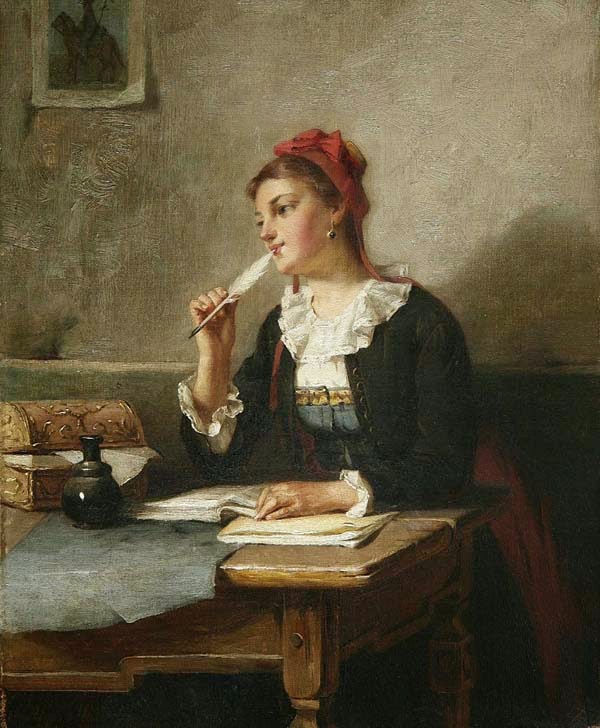 The diary is a peculiarly intimate form of writing. Some diarists may have hoped that their writings might be published or otherwise disseminated after their deaths but, within their own lifetimes, they were intensely private, and many diarists employed codes or eclectic shorthand, to ensure that their family members or servants could not read their most intimate thoughts. Certainly Pepys would not have wanted his wife to read his diary entries, which document his all too frequent adulteries, not to mention behaviours that, in today's parlance, would count as "sexual harassment." 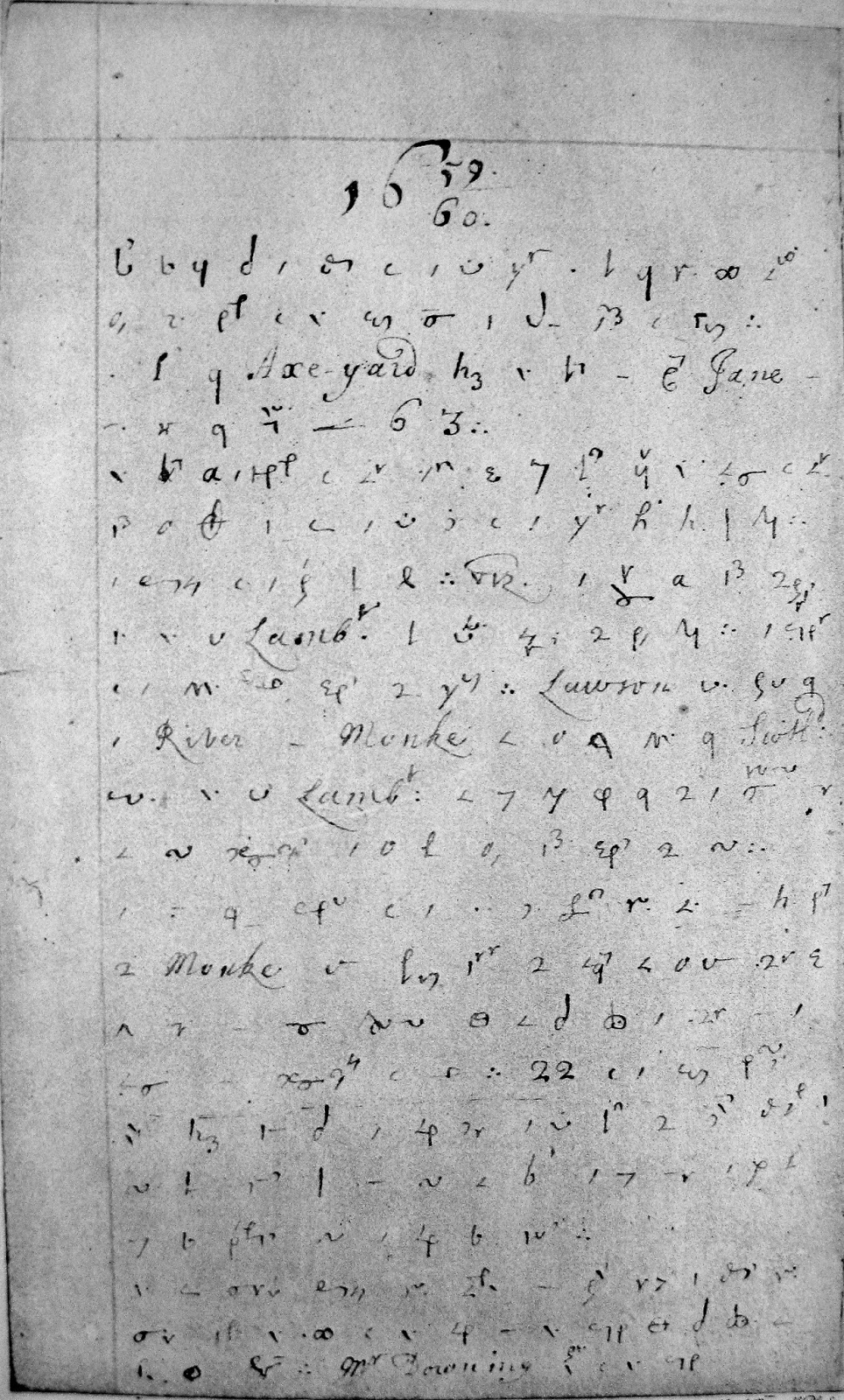 A page from the diary of Samuel Pepys (image is in the Public Domain).

Among the first that I studied were James Boswell's London Journals (almost certainly not intended for publication, and not "discovered" until the 20th Century) and Captain James Cook's journals of his voyages (an official record, which he would have expected to be archived by the Admiralty, and to stand as a public record). 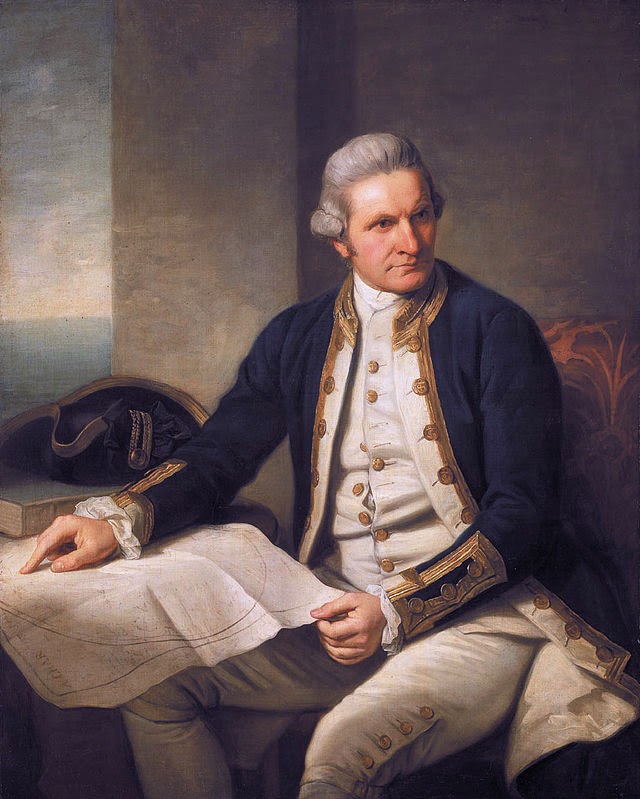 It was from Cook that I learned that I ought not to try too hard to imitate "the style of the time." A practical seaman, and a Yorkshire-man to boot, there was no space in his diary for purple prose:

"Thursday, 1st September, 1768 ... Very hard gales with some heavy showers of rain the most part of these 24 hours, which brought us under our two courses, broke one of our main topmast puttock plates, washed overboard a small boat belonging to the boatswain, and drown'd between 3 & 4 dozen of our poultry, which was worst of all ..."

I knew, however, that my fictional diarist was to be a young woman, and so it was to female diarists that I was naturally drawn. The diaries of the novelist, Fanny Burney (later Madame d'Arblay), was a good starting point. She has a novelist's ear for dialogue:

"'What's all this laugh for?' cried Dr Johnson. 'Why, sir,' answered Mrs Thrale, 'Mr B just now called out - nobody knows why - <Sweet are the slumbers of the virtuous made.>'" 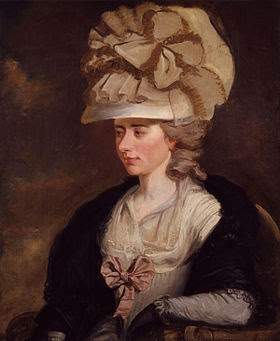 Fanny Burney, by Edward Francis Burney (image is in the Public Domain).

But she also uses her diary for the more conventional exercise of introspection:

"That portion of philosophy which belongs to making the most of the present day grows upon me strangely: and, as I have suffered infinitely from its neglect, it is what I most encourage, and, indeed, require."

Here she switches, as diarists of all periods almost invariably do (but which, in my experience, is counter-intuitive to literary editors), between the present tense, when describing states that are on-going at the time of writing ("that portion ... belongs," "it is what I most encourage"), and the past or perfect tenses ("I have suffered") when talking about things that have happened during the day, or further back in the past. As in Jane Austen's novels, Christian names are used only by close family members, never between courting couples (Mr Darcy courts "Miss Bennett," not "Elizabeth"), and often not even within a marriage.

One of the most remarkable discoveries of recent years has been the "secret diaries" of Miss Anne Lister, opening a window into the previously invisible world of lesbian relationships in the early 19th Century. Written in code, she certainly did not intend for these diaries to be read by any of her contemporaries, although I do wonder whether she might not have had an eye to posterity, and the thought that the day might come when such relationships did not have to be conducted in such secrecy. She includes little dialogue, preferring reported speech (each diarist has his or her own style, so there are no hard and fast rules for writing a fictional diary):

"She asked if I thought the thing was wrong - if it was forbidden in the Bible ... I urged, in my own defence, the strengths of natural feeling and instinct." 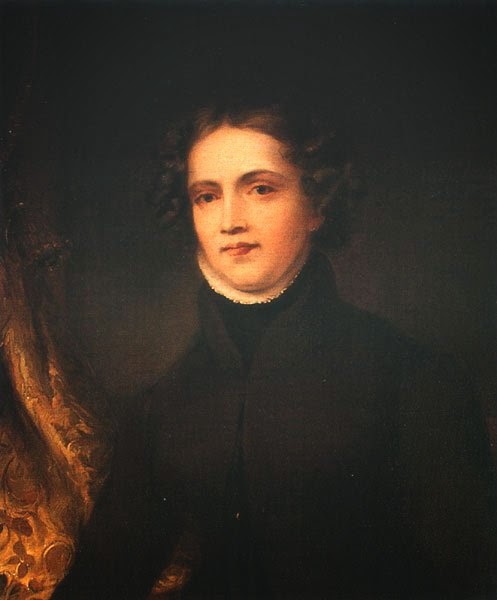 Miss Anne Lister, by Joshua Horner (image is in the Public Domain).

My fictional diarist, Suzanne de Beaubigny, is not a lesbian (Sarah Waters tells those stories far more convincingly than I can), but the following quote from Lister's diary did give me an insight which became part of Suzanne's experience:

"After supper, firing off the pistol that had been heavily charged above three weeks, out of my room window. The report was tremendous. It bounded out of my hand, forced itself through the window, and broke the lead and two panes of glass. My hand felt stunned for some time."