In today's Guardian, the screenwriter, director, novelist and Conservative peer, Julian Fellowes, is reported (www.theguardian.com/stage/2013/oct/14/globe-theatre-julian-fellowes-shakespeare) as saying that Shakespeare's plays, in their "unchanged form," are inaccessible to those who have not had "a very expensive education" such as his own (Ampleforth and Magdalene College, Cambridge). He made these remarks following the UK launch of his screen adaptation of Romeo and Juliet, on which I will not comment, since I haven't yet seen it, although it has been criticised for rewriting Shakespeare's original text.

I have no problem with adaptations, however loose, of "classic" works. With my own students, I explore The Island, a very free-flowing South African adaptation of Sophocles's Antigone, by Athol Fugard, John Kani and Winston Ntshona. There is a place for such adaptations, and no doubt for Fellowes's Romeo and Juliet as well. I have a big problem, however, with the notion that "unadulterated" Shakespeare is accessible only to a small cultural elite.

Unlike Fellowes, I did not go to an expensive private school. My sister and I were educated in the state sector. When she was thirteen, my sister decided that it was time to dip into Shakespeare. She took a volume from the school library (I can't remember whether it was Romeo and Juliet or A Midsummer Night's Dream). The librarian refused to issue it to her on the grounds that she was "too young." When she mentioned this to her English teacher, he promptly went into the library, borrowed the volume on his own ticket, and placed it in her hand. She loved it, and has been passionate about Shakespeare ever since. No doubt her teacher had to explain some of the language and concepts to her. That's what good teachers do, whether in the state or the private sector.

Like Fellowes, I did go to Cambridge, so I suppose I have had a privileged education, but that's not where I developed my appreciation of Shakespeare and the other classics of English literature. I studied Archaeology and Anthropology. Cambridge, however, had no entrance exams for these subjects, so I sat my papers in English Literature (including a Shakespeare paper), Geology and Classics. It was my passion for Shakespeare (fostered by teachers in the state education sector) that helped me to access the privileged environment of Cambridge, not vice versa.

Near to my home is the Brockley Jack, a pub with a small theatre attached. Their productions, many of them amateur, include Shakespearean works as well as original new work by local writers. It is very much a community venture, and holds only a small audience. At a recent production (minimally adapted, if at all) of Julius Caesar, I recognised the local plumber, the taxi-driver who took me to the airport for my last long-haul trip, and a woman who serves in the local supermarket. I know that there are similar small theatres the length and breadth of the country which do remarkable work and reach very wide audiences. 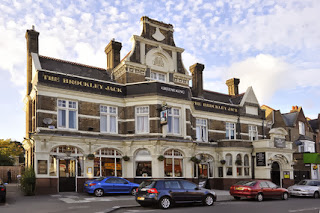 One of the most moving exhibits in last year's British Museum exhibition on Shakespeare was the "Robben Island Shakespeare" volume, which was circulated secretly among the political prisoners of the Apartheid era, annotated by many of them, and used to improvise the performances that allowed them to keep a sense of proportion under the most appalling circumstances. Few of these men and women can have had the sort of "expensive education" of which Fellowes writes. 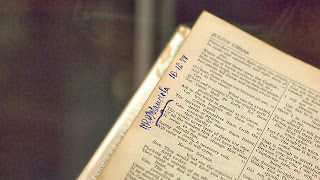 I do think that our education system sometimes ruins the experience of Shakespeare for young people by insisting that they "read" texts that were always intended to be performed by skilled actors. There is a case for line-by-line analysis, but I'm firmly of the view that a young person's first experience of any dramatic text (as distinct from a novel or poem) should be a performance. Whilst live performances may be a "gold standard," televised versions (which do not need to be heavily adapted, and certainly not "dumbed down") allow the teacher to pause and explain where necessary. Among my earliest Shakespeare memories from school are the BBC versions of Macbeth (starring a very young Ian McKellan and Judi Dench), and Twelfth Night (starring Robert Hardy and Felicity Kendall). These early experiences have remained with me for a lifetime, and are etched indelibly on my mind. At a recent live performance of Twelfth Night (starring Mark Rylance and Stephen Fry) a close friend and I suddenly glanced at each other as we realised, simultaneously, that a line from the play had found its way, almost verbatim, into my novel, Undreamed Shores, without my having any awareness that I had been citing it.

There are those, of course, who believe that William Shakespeare (the actor from Stratford-upon-Avon) cannot possibly have written the works of "Shakespeare" because he had not, himself, received a sufficiently expensive education to have set him up for the task. They are, I believe, as wrong-headed as those who now argue that only a small elite can ever be capable of understanding his works as he originally wrote them.