Gaius Suetonius Tranquilus (69-122 AD) was a younger contemporary of Tacitus. Under the Emperor Hadrian, he was also Director of the Imperial Archive, which would have given him access to the letters written and received by emperors and their officials. Hadrian fired him in 119 AD, because his relationship with the Empress Vibia Sabina was thought to be rather too close, although it is unclear how far their "affair" actually went.

It was, perhaps, in order to avoid competing with or duplicating the work of Tacitus that Suetonius chose biography as his principal literary genre, and the work for which he is best known is De Vita Caesarum, the lives of the twelve Caesars (from Julius Caesar to Domitian). This work can be read in Latin and English at http://penelope.uchicago.edu/Thayer/E/Roman/Texts/Suetonius/12Caesars (and I ought to have mentioned last week that the works of Tacitus can be read at http://penelope.uchicago.edu/Thayer/E/Roman/Texts/Tacitus). He delights in telling us about the sexual proclivities of the world's most powerful men (it is through him that we know of Tiberius's paedophilia and Caligula's penchant for incest), but is scrupulously fair in weighing their achievements against their weaknesses. What, then, does he have to tell us about Britain?

Often it is in throw-away lines and minor asides that his insights shine through to us. Of Caligula's plan to invade Britain, he tells us "All that he accomplished was that he received the surrender of Adminius, son of Cynobelinus, King of the Britons, who had been banished by his father..."

Of Claudius's successful invasion, he writes that "...on the voyage...from Ostia, he was nearly cast away twice in furious north-westers...Therefore he made the journey from Marseille all the way to Boulogne by land, crossed from there and, without any battle or bloodshed, received the submission of a part of the island, returned to Rome six months after leaving the city, and celebrated a Triumph of great splendour." This has more of a ring of truth about it than Cassius Dio's suggestion that the experienced general, Aulus Plautius, had to appeal to the emperor for "assistance" before moving on Colchester. 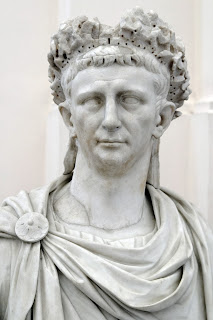 Of the future Emperor Vespasian's role in that invasion, he tells us that "In the reign of Claudius, he was sent in command of a legion to Germany, through the influence of Narcissus; from there he was transferred to Britain, where he fought thirty battles with the enemy. He reduced to subjection more than twenty towns, as well as the Isle of Wight." This fits closely with what we know from other sources (we might question the definition of a "town"), but the reliance of a Roman senator on the patronage of a freedman is very telling, the more so because Suetonius mentions it only in passing.

His portraits of the individuals who held power have an intimacy about them that makes for compelling reading. One has continually to remind oneself that (since his biographies cover a period of almost 200 years), he did not know most of them personally. As a biographer, this does not entirely surprise me. Having read Sir John Lubbock's letters and diaries, and trawled through his business accounts, the realisation dawned on me, at a certain point that, in some respects, I knew him better than I knew my own father. As a novelist, however, it was to Suetonius that I turned most frequently in my characterisation of Claudius, Vespasian and Titus, all of whom have speaking parts in An Accidental King. 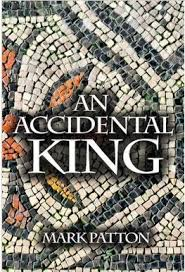