A visitor to London, exploring the Ward of Farringdon Without, and walking in a south-westerly direction along West Smithfield, arrives at Holborn Viaduct. He or she is, though there are few clues to this today, entering the course of the Fleet River, which flows south, from Hampstead and Highgate, to join the Thames at Blackfriars. The viaduct itself is the latest version of a bridge that has existed since Roman times, carrying Watling Street out from Newgate towards Westminster, the West Country, and, ultimately, Wales.

The stretch of Watling Street that passes through the Ward of Farringdon Without is named Holborn and, to the west, High Holborn. The coronation processions of Medieval and Early Modern monarchs passed along it, on their way from the Tower of London to Westminster Abbey, but the lanes and alleys leading off to the north and south had very different stories to tell. King Edward V, in 1483, gave orders to the City authorities " ... to eschewe the Stynkinge and Orrible Synne of lechery" in the district, whilst James I, in 1622, complained of " ... disorderly houses in Saffron Hill" (one of the roads leading north from the eastern end of Holborn), which "of longe tyme hath bene and is still much pestered with divers immodest lascivious and shameless weomen generally reputed for notorious common whores."

The entertainments to be had in the area were not exclusively of a heterosexual nature. In 1726, the City authorities raided the home of a coffee-shop keeper named Margaret Clap, in Field Lane (very close to where Holborn Viaduct is today). It had been reported to them as a "molly house," a gathering place for homosexual men. They found forty men on the premises, three of whom were subsequently executed for sodomy. "Mother Clap," as she was known, was not operating a brothel, merely providing beds, and drinks which she fetched from a nearby tavern. She was, nonetheless, pilloried, and died later in the year.

The molly house never re-opened, but Field Lane retained its low-life reputation. It features in Charles Dickens's Oliver Twist, as the location of one of Fagin's dens:

"Near to the spot on which Snow Hill and Holborn meet, there opens, upon the right-hand side as you come out of the City, a narrow and dismal alley, leading to Saffron Hill. In its filthy shops are exposed for sale huge bunches of pocket-handkerchiefs of all sizes and patterns, for here reside the traders who purchase them from pickpockets."

Field Lane was swept away in the wave of civic improvements that saw the construction of Holborn Viaduct itself, but the wider area remained a magnet for people whose personal journeys were approaching their unhappy endings.

Many of them ended those journeys in the Shoe Lane Workhouse. Others preferred suicide. One such was the poet, Thomas Chatterton, who had come to London from his native Bristol with high hopes of making his fortune as a writer: he ended his life at the age of eighteen, with arsenic, in his lodgings in Brook Street, in the home of a sack-maker. The tragedy of his life would later be romanticised by more successful poets and artists.

Holborn today is an extension of the modern City of London, a place of jewellery shops, insurance company headquarters, and smart hotels; but there are also taverns, many of which were once frequented by the whores and mollies, the pickpockets and their victims; and by those whose once bright hopes had been dashed, drowning their sorrows with one last drink. 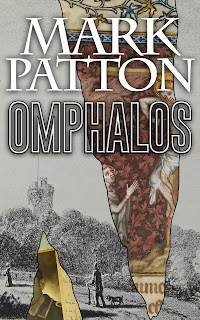