With Parity of Passion: The Personal Journey of a British European

Apparently I don't exist. London mayor, Boris Johnson, said as much over the weekend. "There is," he declared, "not one shred of idealism" among those of us who believe that the United Kingdom should remain within the European Union: the best we can come up with is that "it's crap, but there's no alternative." Yesterday my fellow novelist, Tony Parsons, weighed in on the same side, insisting, on the BBC's Andrew Marr Show, that there is no "parity of passion" between those, like himself, who wish to leave, and those, like me, who wish to remain. Well, where to start?

I made the point, just over a year ago, that I rarely allow my political views to surface here, and this is the first time, since then, that I have done so. For each of us, there are moments when we simply know that we must stand up and be counted, and for me, now is one such. Not that I am about to turn this blog into a propaganda page for the "Britain Stronger in Europe" campaign (my next post will certainly be a historical or literary one), but I couldn't forgive myself if I were to remain silent, whilst writers such as Tony Parsons and Frederic Raphael are making their arguments on the other side of the debate, and the UK were then to vote to leave. Let me explain why.

I didn't grow up in the European Union. Nobody in my generation did (I was already 27 when it came into existence). Living in Jersey, my parents didn't have the vote when, in 1975, the UK held a referendum on the UK membership of what was then the European Community, but my father brought the UK papers home from his barber's shop each evening, and the issue was discussed around the dinner table. On at least one occasion, the debate was joined by my grandfather and great uncle, both of them veterans of the Second World War, keen to impress on us what was, potentially at stake, the peace and prosperity of a continent.

Brexiteers will, of course, argue that this has had nothing to do with the European institutions, and I must concede that we cannot know how things would have worked out if circumstances had been different. Then again, so must they. The year I would ask them to focus on is 1989, when, as few of us had predicted (and certainly not me), the Soviet Bloc fell apart. The transition to democracy in Eastern Europe had its problems, but how sure can anyone be that they would not have been far worse if the European Community had not been there to lend assistance. Would Chancellor Kohl even have been able to sell the idea of reunification to his West German electorate? If not, what would the landscape of Europe now look like? My grandfather and great uncle helped win the peace and liberties we now enjoy. It should surprise nobody that I am passionate about preserving them.

1989 was also the year in which I spent three months in the Netherlands as a student on the European Community's Erasmus exchange programme. It was a formative time, in which I expanded my network of international contacts and developed my love of European art and literature. In my subsequent academic career I have been responsible (at a rough guess) for around three hundred students on variants of the same programme, studying all over Europe. I am certainly passionate about ensuring that my current and future students should have the same opportunities.

The following year, I gained my PhD from the University of London. The UK economy was in recession, and there were few academic positions to be had. As a national of a European Community country, I had the right to work in any member state. I found work as a research fellow in Paris. The alternative would almost certainly have been the dole queue. I am passionate about ensuring that my students, past, present and future, should retain that right as well.

As a young man, I travelled extensively in France, Belgium, the Netherlands, Germany and Cyprus. I travelled, also, in Spain and Greece, and saw countries that had, in my own lifetime, suffered under brutal dictatorships, emerging as dynamic and stable democracies; countries that had endured grinding poverty joining the affluent world that I had always taken for granted. I spoke to very few people who didn't believe that the European institutions had played a key role in those political and economic developments, and I am passionate in my belief that this process should continue, and that my country should play its role, alongside all the others.

In 1993 I moved to Wales, to take up an academic position at Trinity College Carmarthen (now the University of Wales Trinity Saint David's). I also became more actively involved in politics, campaigned alongside our MEP, Eluned (now Baroness) Morgan, and saw how she was able to leverage the power of the European institutions to bring investment and economic growth to a large rural constituency.

When I subsequently stood for the UK Parliament (as Labour Candidate for Lewes in 1997), I did so on a passionately pro-European ticket (it was one of the few parliamentary seats in the country where the Liberal Democrat, Norman Baker, was the most Euro-sceptic of the three main party candidates). In my subsequent career in academic leadership, at the Universities of Greenwich and Westminster, I played a role in the implementation of the European Union's Bologna process, developing genuinely transnational degree programmes, and preparing students for a professional future in a globalised world. The momentum of that process has rather been lost, at least in the UK, but I am passionate about seeing it revived.

And so, in response to Boris, Tony, Frederic and others of like mind, I can assure them that my passion is easily equal to theirs, and that I shall be casting a positive vote for Britain in Europe, not because "it's crap, but there's no alternative," but because I believe, with every fibre of my being, that it has made the continent on which I live today more civilised than was the one on which I was born, and because I am passionate about ensuring that the students I teach today will be able to look back in several decades time, when I am dead and gone, and make the same statement with equal confidence. 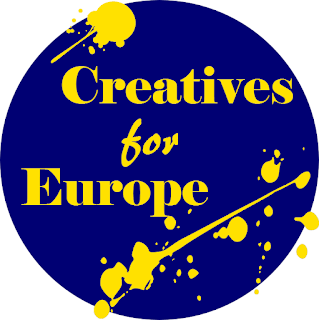