The Wards of Old London: Vintry - Hub of a Nation's Wine Trade

A visitor to London, walking westward along the Thames from the Tower of London towards Blackfriars, passes from Dowgate Ward into Vintry Ward shortly after passing beneath Cannon Street Railway Bridge. From the South bank of the river, the skyline of the ward is dominated by the imposing neo-classical facade of the Vintners' Hall, one of the grandest of all the modern city livery halls, and the current centre of London's wine trade.

Throughout the Medieval and Early Modern periods, locally produced ale was the daily drink of working Londoners, as it was for ordinary people across the south-east of England (cider was more readily available and popular in the west), but imported wine was an essential element of religious practice, through the Sacrament of the Eucharist; and its daily consumption was also a marker of social class. The servants in the household of a wealthy London merchant may have drunk ale, but wine would certainly have been served to the merchant's family and guests.

Most of the wine imported to England arrived through the Port of London, and would have been off-loaded onto the quay still known as "Three Crane Wharf," and stored in the warehouses that stood where the livery hall stands today. From here, barges would have carried barrels up-stream, to the royal residences of Whitehall, Richmond, Hampton Court and Windsor; and along the various tributaries of the Thames to supply the manorial courts and monastic houses of southern England.

The royal court was by far the largest consumer of wine in the land, so the personal tastes and economic priorities of kings and queens determined the dynamics of the wine trade. When Gascony (including Bordeaux) was in English hands, in the Twelfth and Thirteenth Centuries, it provided much of the wine imported through London, initiating the English taste for "claret." In the 1360s, wine made up a third of England's total import trade, and English drinkers were consuming half of all the wine produced in Gascony. When England was at war with France, wine was imported, instead, from the nation's longest established ally, Portugal, the merchant convoys protected by warships. White wines were also imported from the Rhineland, and sweet wines from Lombardy, Croatia, Greece and Madeira.

The church of Saint Martin in the Vintry was traditionally associated with the wine trade (Saint Martin of Tours was its patron saint), but the nearby church of Saint James Garlickhythe was a mustering point for the pilgrimage to Santiago de Compostela (garlic seems to have been carried on the same ships that brought wine from Gascony, and was sold in the surrounding streets, whilst English pilgrims almost certainly embarked on the same ships for the return voyage to Bordeaux, where they would join other pilgrims making their way overland across the Pyrenees to Compostela).

Perhaps surprisingly, Medieval London was better provided with public conveniences than is modern London: also within the ward was "Whittington's Longhouse," built in 1421 by the city's most famous mayor, with 64 seats for men and a further 64 for women, discharging, of course, directly into the Thames (it remained in use until 1666, when it was destroyed in the Great Fire, and never rebuilt). 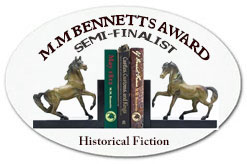