I am happy to welcome my fellow Crooked Cat author, T.E. (Tim) Taylor for this guest-post. His latest novel, Revolution Day, was published a few weeks ago.

"Hello, Mark, and thank you for inviting me along. Knowing that your blog - one of the most interesting I've seen - has a historical theme, I thought I would talk about the ways in which my new novel, Revolution Day, is informed by history. 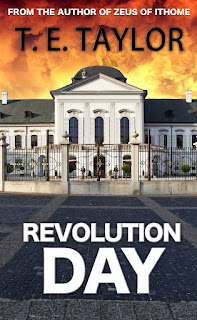 Unlike my first novel, Zeus of Ithome, which recounts the struggle of the ancient Messenian people to free themselves from three centuries of slavery under the Spartans, it is not a historical novel as such. It is set in the present day, and charts a year in the life of a fictional dictator, Carlos Almanzor, as his Vice-President plots against him, and his estranged wife, Juanita, writes a memoir in which she recounts his rise to power, and his gradual metamorphosis from a liberal socialist into an autocrat and authoritarian.

I was first inspired to write the novel by the fall of several dictators (Hussein, Mubarak, Gaddafi) in the Middle East. What interested me was the ways in which people become corrupted by power, and how they become deluded by it, and begin to lose their grip. As the ideas came together, I decided that Latin America (with its long history of dictators) would be a better location for the novel, partly because I wanted a strong, politically active, female character, which would have been more difficult in a Middle Eastern setting.

The characters, and even the country, are fictional, but the fortunes of Carlos's regime are influenced by wider historical developments - in particular, the ebb and flow of relations between the superpowers during the Cold War. thus Carlos develops a close relationship with the Soviet Union early in his regime, although, unlike Fidel Castro, he later makes overtures to the United States when economic necessity demands it. Another key event in the novel (which I will not describe, so as not to spoil the plot) was suggested by the career of Nicolae Ceaucescu of Romania.

Carlos is not based on any specific historical dictator, but his character, and some of the events that occur during his life, draw upon a variety of historical models. He has the classic dictator's fetish for military uniforms - in his case, as with so many historical dictators, not earned by any actual military service.

In other respects, however, I wanted to avoid the stereotypes. Carlos is not a monster, or an archetypal strongman dictator. He began as an idealist, a campaigning lawyer, but gradually became more authoritarian and autocratic as his regime unfolded. He jealously keeps all power to himself, not because he craves it for his own sake, but because he has an intellectual arrogance that leads him to believe that he alone can be entrusted with stewardship of the nation.

For the same reason, he has embraced repression, believing it to be a distasteful necessity. In this respect, he has precedents among the historical Latin American dictators: Gualberto Villarroel of Bolivia, for example, was a reformist who adopted repressive measures to suppress dissent. 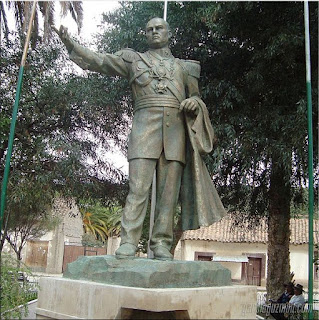 Other characters in the novel respond to power in different ways, and Carlos - again in common with many historical autocrats, such as Alfredo Stroessner of Paraguay - faces his greatest threat from a man who has been his closest ally for many years. 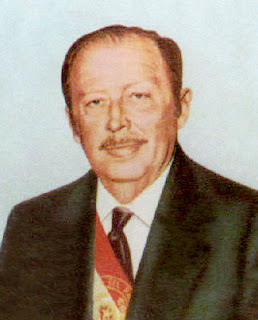 Alfredo Stroessner (image is in the Public Domain).

Although Carlos's estranged wife, Juanita, is not directly based on any historical character, there are hints of Eva Peron in her feminism, glamour, and the political career that she has pursued alongside her husband. She differs, however, in her long life, in the course of which her personal and political relationship with Carlos breaks down irretrievably. 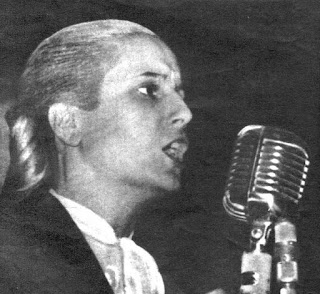 Revolution Day thus has a much looser relationship with history than Zeus of Ithome, in relation to which I was very careful to get the facts and details right. Nevertheless, it is ultimately inspired by history, and draws upon historical precedents in an unashamedly eclectic way."

Tim was born in 1960 in Stoke-on-Trent. He studied Classics at Pembroke College, Oxford, and later Philosophy at Birkbeck, University of London. After a couple of years playing in a rock band, he joined the Civil Service, leaving in 2011 to spend more time writing. He now lives in Yorkshire with his wife and daughter, and divides his time between creative writing, academic research, and part-time teaching for Leeds and Huddersfield Universities. As well as novels, he writes poetry, and the occasional short story. He also plays guitar, and likes to walk up hills.

Tim Taylor's novel, Revolution Day, is published by Crooked Cat Publications, and can be purchased from Amazon UK or Amazon USA.  He can be found on Facebook, Twitter, on his website, and on the Crooked Cat author site.
Posted by Mark Patton at 00:46