Place in Historical Fiction: The Quest for Authenticity

In an earlier blog-post, (10th March 2014), I explored the question of "voice" in historical fiction, drawing on a discussion in the first session of the Folio Prize Fiction Festival, held in London last month. The second session at the festival was on the role of "place," and the panellists were Sebastian Faulks, Amity Gaige, Nam Le and James Walton.

Nam Le talked about place as a literary focus, including the legacies of other writers who have been inspired by the same places: is it possible, for example, to write about the Yorkshire Moors without being influenced by the Brontes? Or fully to emerge from the shadow of Wordsworth when writing about the Lake District? It was a question I faced as I walked from Abbotsbury to Stonehenge whilst researching Undreamed Shores - a journey through Thomas Hardy country, but how could I avoid my descriptions of the landscape sounding like echoes, however pale, of his? My solution, with every step I took, was to imagine everything through the eyes of my Bronze Age characters, stripping away the two and a half thousand years of clearance, cultivation and construction that had gone into the making of "Hardy's Wessex," and repopulating the landscape with the sights, sounds and smells of the creatures that had vanished from it before his time (bustard, red deer, wild boar). 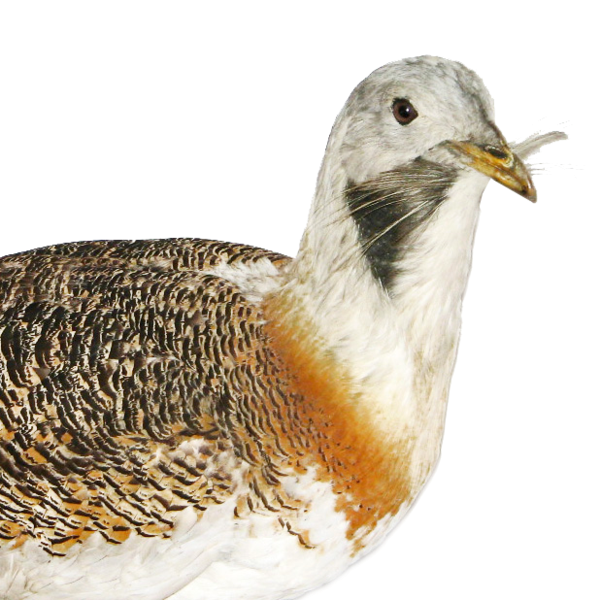 The Great Bustard, once familiar on the plains of Wiltshire, and now being reintroduced (image: Takkk, licensed under CCA). They became extinct in the UK during Thomas Hardy's lifetime, and he wrote in Return of the Native - "A bustard haunted the spot, and not many years before this five and twenty might have been seen ..."

The question of the "contract" between reader and writer, raised in the first session, came up again in the second. Once we introduce a real situation, Faulks suggested, "realism is expected." Since both of my published novels are set in the distant past, this inevitably involved me in a detailed consideration of archaeological and palaeo-environmental evidence. The fictional "Shrine of Belatu," in Undreamed Shores, and the settlement of "Hirundium," in An Accidental King, are, as far as I am aware, the only locations in historical fiction to be grounded in archaeological geophysics (albeit with liberal use of artistic license in the former case). There are risks, however, in incorporating such new data into the description of a historic place, since the initial interpretations of them are not always the ones that endure. 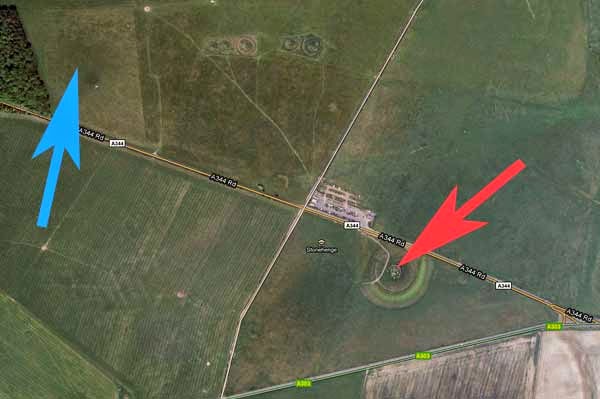 Stonehenge (red arrow) and the location of a previously unknown henge (blue arrow) discovered in the course of a geophysical project carried out by the University of Birmingham. Details were released as I was working on the final draft of Undreamed Shores, and I wrote the site into the story as the "Shrine of Belatu." Photo: Google Maps (image is in the Public Domain). 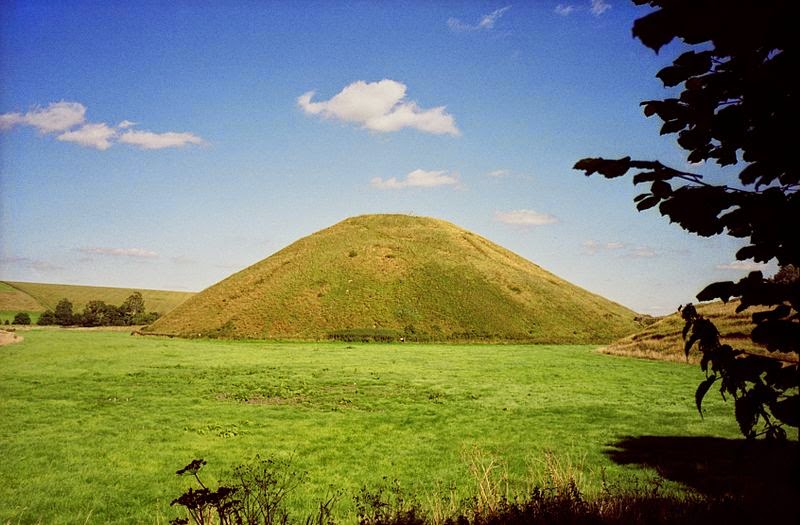 Silbury Hill, near Avebury (photo: Gary O'Beirne, licensed under GNU). A geophysical project by English Heritage revealed the traces of a Roman settlement around the base of the mound, written into An Accidental King as the settlement of "Hirundium."

No such contract, however, precludes the introduction of circumstances, and even places, that are not real. Faulks stressed that the French villages which feature in Birdsong and Charlotte Gray are fictional, and talked about the difficulties encountered in finding suitable locations for the film and TV adaptations. Although closely mirroring reality (Charlotte Gray, for example, draws on the experiences of historical SOE operatives, Nancy Wake and Pearl Cornioley), the characters and situations in the novels are fictionalised, making it appropriate to invent the places as well.

Some novelists go much further in avoiding "real" situations altogether. Jim Crace, for example, in Harvest, takes great care not to mention any real places, people or events, giving him a free hand to fictionalise everything. The place at its heart (referred to simply as "the village") is described in sufficient detail that a reader could easily draw a map of it. It is also, to my mind, one of the most memorable evocations of place in recent English literature, but no such place exists, or has ever existed, on the ground.

When we do write about real places, however, how important is it to "get it right?" Is it always necessary that a writer should visit the places s/he is writing about? Sebastian Faulks admitted that he had not visited all of the places which feature in his James Bond sequel, Devil May Care, relying instead on the knowledge of travel writers, but he insisted that he would not do this in a "serious" (literary) novel. I have visited all of the places in Undreamed Shores and An Accidental King, but my next novel will include some scenes set in places where visits were not practical, and for which my information comes from a detailed study of historical sources and artworks. There may be some who earn enough money from their writing to travel 2000 miles for the sake of a paragraph, but I am not yet one of them.

Rama (Ramallah), as depicted by Cornelis de Bruijn in 1698, one of the locations I did not visit during the research for my next novel, Omphalos. Image is in the Public Domain.

There is something to be said, however, for "writing what you know" - not that a writer should be limited to this, but it seems a pity not to do so (unless, like Amity Gaige, you grew up in the same town as John Updike, in which case "what you know" might already have "been done"). Some of the chapters of Undreamed Shores are set on the island of Jersey, and will be read differently by those who know the island as compared with those who don't, since locations all have fictional names, but can easily be mapped on to real places by those "in the know." Now that I am in my fiftieth year, however, the realisation that I have lived in London for longer than I have lived anywhere else makes me think that it is high time I wrote something set in this city, and that is likely to be the starting point for the project after next.

Mark Patton's novels, Undreamed Shores, An Accidental King and Omphalos are published by Crooked Cat Publications, and can be purchased from Amazon UK and Amazon USA.
Posted by Mark Patton at 01:47