The last glacial period came to an end between 12,000 and 10,000 years ago. As temperatures rose, people in a few parts of the world developed closer and closer relationships with particular plant and animal species (wheat, barley, sheep, goat, pig & cattle in the Near East; rice & pig in China; maize & beans in Mexico; potato, quinoa & llama in Peru), leading ultimately to domestication. Previously mobile hunter-gatherers became settled farmers and herdsmen, living in villages. This "Neolithic" way of life spread outwards from the initial centres of crop and animal domestication through a combination of (mostly) small-scale population movements, and the adoption of the new practices by neighbouring hunter-gatherer groups. 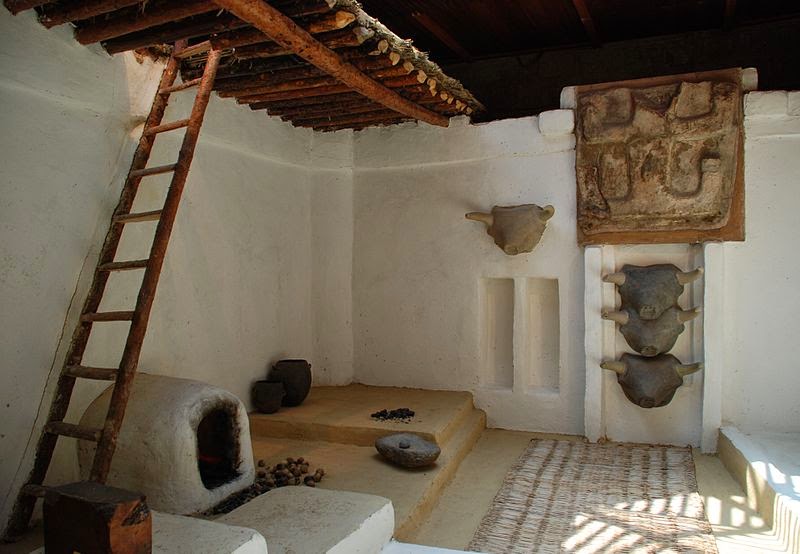 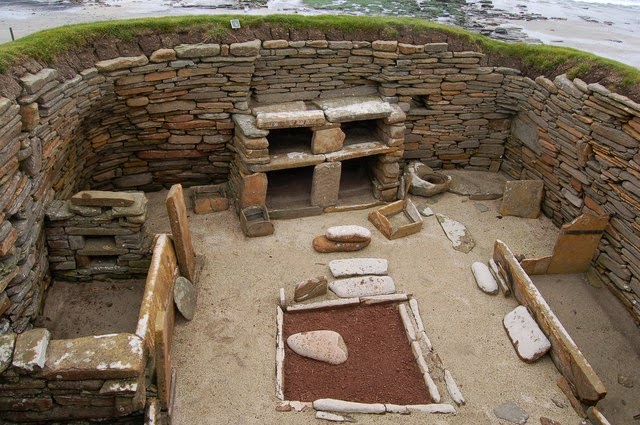 Jim Crace's novel, The Gift of Stones, is set in a Neolithic village somewhere on the coast of a land that feels like Britain. There are flint-mines very close to the shore, which immediately made me think of Sussex, but there are horses, chickens and rabbits in the story, none of which were present in Neolithic Sussex (or, indeed, anywhere in Neolithic Britain). We are not, in fact, in a real time or place at all, and this is quite deliberate on Crace's part. He has said that he is not interested in "getting the facts right," but rather in "telling lies in order to explore contemporary themes." A lie, in this sense, may hide a greater truth, but we should not expect that greater truth to relate to a specific time or place. 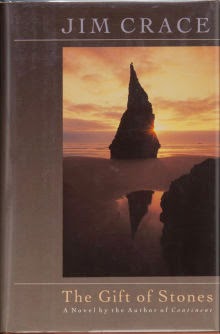 The novel is, in part, a story about stories. There are two (unnamed) first person narrators, a one-armed story-teller and his "daughter" (actually his step-daughter). The story-teller has stumbled on his vocation, in part because of his disability, but also because of his childhood talent for telling lies. The villagers typically prefer those of his stories which are outright lies (specifically those which confirm them in their prejudices), to those based on truth (especially if they challenge those assumptions). In common with the daughter, the villagers, and perhaps even the story-teller himself, the reader is often uncertain as to what is truth and what is lies, since there are multiple explanations for almost everything that happens.

"Why tell the truth when lies are more amusing, when lies can make the listener shake her head and laugh - and cough - and roll her eyes? People are like stones. You strike them right, they open up like shells."

"He claimed he was not sure, that stories were like dreams, like dragonflies. They came and went. They only gave one show. His cousins might remember. But he could not. Besides, he'd told a hundred versions since - and no two were quite the same."

One "greater truth" behind these stories is about the division of labour. The villagers are specialists: some of them "stoneys," who mine and work flint; others merchants, who barter the flint tools with neighbouring communities in return for food and other goods. Although they live by the sea, nobody fishes. The land on which they have settled may or may not be fertile, but nobody grows anything, or grazes animals on it, apart from a few chickens which scratch around the village itself. Since they have "the gift of stones," why should anyone concern themselves with anything else? The villagers are inward-looking, and ever so slightly smug, but they are also good at what they do.

"Leaf placed his sharpened antler tine on the flint exactly where the tendon was attached, and struck it with a wooden mallet. These were the perfect tools, but only in hands like Leaf's that were firm and certain ... A little sideways pressure removed the tump, the shell, the bulb. More pressure produced a mounting nest of fine and shallow flakes on the anvil as the blade was patterned and reduced."

The Neolithic really was a period of increasing division of labour. Among Yanan's people, some may have been more skilled than others, but everyone would have gathered, hunted and fished. As the age of farms and villages dawned, some land was better suited to cultivation, and some to grazing. Some people became growers, and others herdsmen. Some became potters, and others flint-knappers, weavers or carpenters. Such division of labour has, of course, become the basis for all subsequent civilisation, but it also carries risks. 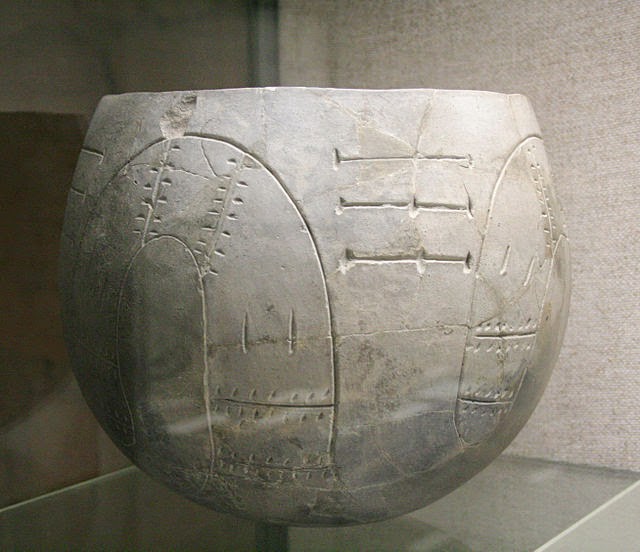 When ships arrive off the coast, and horsemen gallop into the village, bringing new technologies that threaten to make their skills redundant, how are the villagers to adapt? Having previously been a marginal figure in the village, the story-teller is suddenly centre-stage. People look to him for leadership, since he seems to know about the outside world, but just how much does he really know, and how much was he simply making up?