Wandering through the Egyptian galleries at the British Museum or the Louvre, one can easily get the impression of a continuity of tradition stretching back over three thousand years. One sees the same gods, the same writing, kings and queens depicted in similar ways. This veil of continuity, however, hides a far more complex historical reality, in which dynasties waxed and waned, kings were violently overthrown, one capital made way for another, and invaders subjected the country to their will. The Old Kingdom, over which Khufu and his successors ruled, fell apart in the late third Millennium BC, and Egypt was divided in two. It was eventually reunited by Pharaoh Mentuhotep II, at the beginning of the Middle Kingdom (2000-1700 BC). 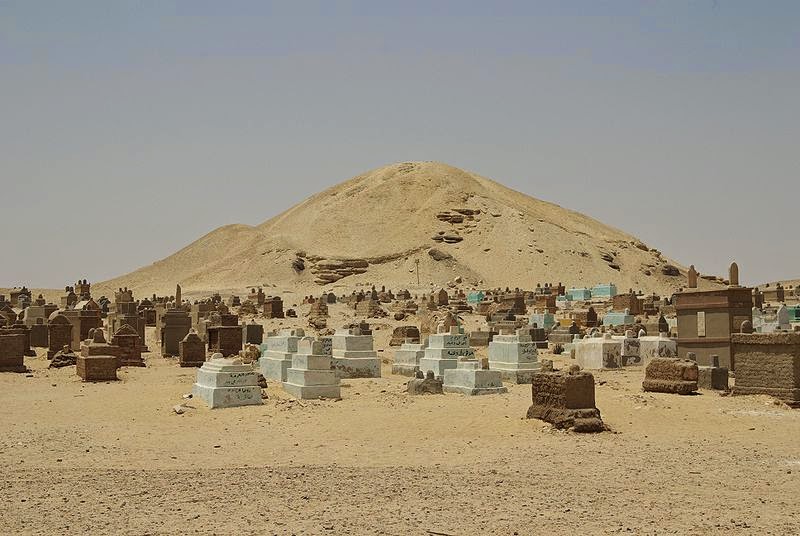 The eroded pyramid of Amenemhat I, at El-Lisht, close to the Middle Kingdom capital of Itawy. Photo - Ernesto Graf (licensed under CCA).

It was the Egyptian Middle Kingdom that first gave the world the gift of written fiction, the earliest stories of any sort to endure down to our times. The Tale of Sinuhe, like the stories of the Westcar Papyrus, dates to around 1875 BC, making it around a century or so older than the Mesopotamian Epic of Gilgamesh. 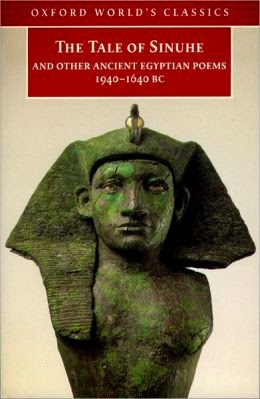 Narrated in the first person, it tells the story of a nobleman's flight from Egypt following the assassination of his king, his long exile in what is, today, Syria or Lebanon, and his eventual return home. It has a circular structure, beginning and ending with formulae that would have been recognisable to any literate Egyptian of the time as tomb inscriptions, but the text between these formulae is quite unlike anything to be found on the walls of tombs:

"The Patrician and count,
Governor of the Sovereign's Domains in the Syrian lands,
The True Acquaintance of the King, whom he loves,
The Follower, Sinuhe, says,
'I was a Follower who followed his lord ... "

" ... I travelled southwards.
I did not plan to reach this Residence,
expecting strife would happen ..."

"I crossed in a rudderless barge
blown by the west wind ... "

The "Ostracon of Sinuhe," in Oxford's Ashmolean Museum, on which the story is written.

There are elements of the narrative that put me in mind of The Odyssey, others that recall the Biblical stories of Joseph, of David and Goliath, but if one wishes to understand these similarities in terms of "influence," it is The Tale of Sinuhe that is the oldest, that may have been heard, and at least dimly remembered, by the tellers of tales in Israel and Greece who laid the foundations of our own literary tradition. What we have here is a window into the prehistory of fiction itself.

The Tale of Sinuhe is the shortest work on my list (under 5000 words) and, in R.B. Parkinson's English translation, it is grouped with other stories of the Middle Kingdom, including one of the stories from the Westcar Papyrus. Naguib Mahfouz has also produced a reworked version of Sinuhe's story in his collection of short stories based in ancient Egypt, Voices from the Other World. 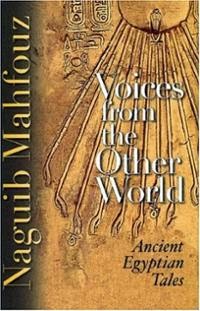 Unlike the Westcar stories, The Tale of Sinuhe does not look back to the Old Kingdom. The Pharaohs mentioned are Middle Kingdom kings, Amenemhat I and Senusret I, who ruled not from Thebes, but from the new capital of Itawy, south of Cairo. Just as modern short stories and novels may include imagined documents, such as letters or diary entries, Sinuhe's tale includes a royal proclamation of Senusret I, summoning Sinuhe home: 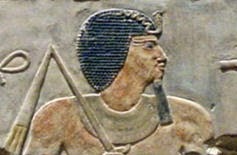 Amenemhat I, from a mortuary temple at El-Lisht. Photo - John Campana (licensed under CCA). 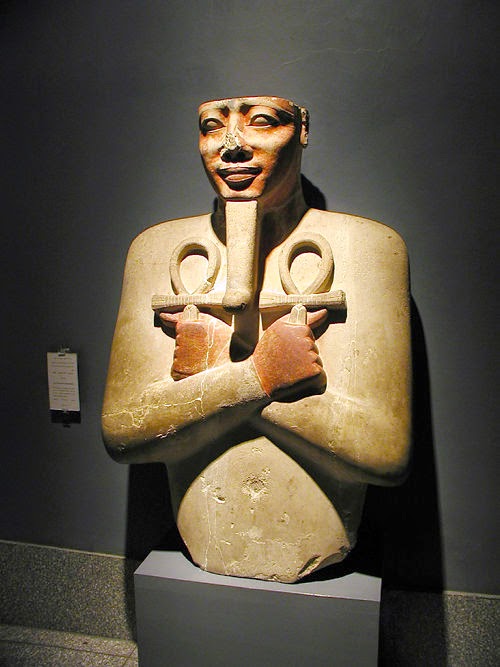 Statue of Senusret I, depicted as the god Osiris. Photo - John Bodsworth (reproduced with permission).

Parkinson's English translation makes this fascinating literature of a remote time and place available to everyone, and wraps it around with scholarship that clarifies and explains those details that may be unfamiliar to the average modern reader. We may never know the name of the scribe who first wrote this story down, but his work deserves to be as well known as those of Homer and Hesiod.