The Boudiccan Revolt of 60/61 AD effectively put an end to urban life in Romanised south-east England. The three most significant cities, Camulodunum (Colchester), Londinium (London) and Verulamium (St Albans) had been burned to the ground, as evidenced by the archaeological record as well as the historical accounts. To the west, the city of Calleva Atrebatum (Silchester) may also have been burned, but other cities, including Noviomagus Regnorum (Chichester), survived.

Although one legion had been virtually destroyed, and two further legions had sustained heavy casualties, reinforcements soon arrived and military control was re-established, probably within a matter of months. Restoring the civic infrastructure would take far longer. It is not entirely clear where the capital of the province was located between 61 AD and 78 AD. Colchester had been the capital prior to the revolt, but seems not to have been rebuilt before the late 70s AD. London would emerge as the capital but, again, reconstruction was slow. St Albans was not rebuilt until the Governorship of Gnaeus Julius Agricola (78-84 AD): an inscription naming him was found in the reconstructed forum, and can be seen at the Verulamium Museum.

Inscription from Verulamium (St Albans), naming Agricola as the Governor who rebuilt the forum there.

London is, perhaps, the most interesting case-study. Recent excavations have highlighted the importance of Southwark as a population centre both before and after the Boudiccan Revolt. Although evidence of burning has been found south of the Thames, the destruction seems not to have been as comprehensive as that to the north, and reconstruction took place at an early stage, with a market hall, workshops, houses and warehouses. There are also traces of one or more large and possibly public buildings, so perhaps Southwark served as a temporary home for the military and civil administration of the province.

On the northern side of the Thames, attempts seem to have been made to rebuild the infrastructure, but had only partial success in attracting people to move back to live there. Roads were re-established, and an amphitheatre built in around 74-75 AD, but most of the area formerly occupied by shops and houses remained a wasteland. Water-lifting equipment was installed, and a bath-house built, but people stayed away. 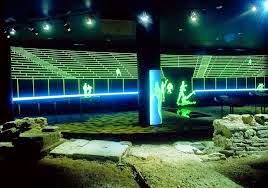 The Roman amphitheatre of London, preserved and presented beneath the city's Guildhall. 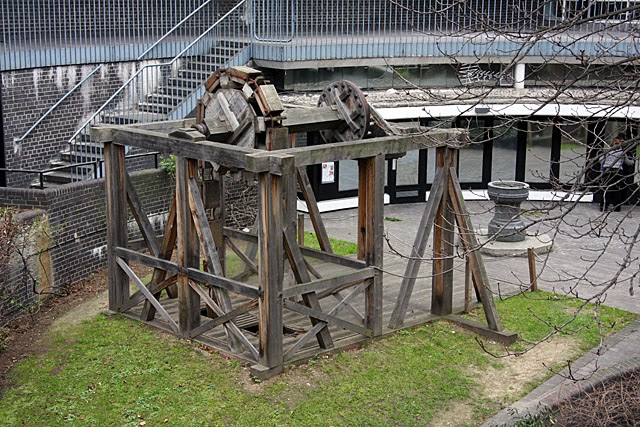 Superstition may have played a part in deterring people from re-settling the places that had been destroyed. Belief in ghosts was widespread in the Roman world, and there was a particular fear of the unburied dead, whose spirits were believed to be locked out of the underworld. If witches were able to get their hands on the physical remains of such people, it was believed that they could make these spirits their slaves, co-opting them to terrorise and harm their neighbours. If Cassius Dio's account of the atrocities committed during the revolt is even partly true, it is not difficult to imagine the terror that would have followed in their wake:

"They hung up the noblest and most distinguished women, and then cut off their breasts and sewed them into their mouths, in order to make the victims appear to be eating them; afterwards they impaled the women on sharp skewers run lengthwise through the entire body."

It was probably not until Agricola became Governor, almost two decades after the revolt, that people could be persuaded to move back en masse, and he may have had to set the example by moving there himself. Beneath Cannon Street Station is a building complex which some archaeologists believe to be the palace occupied by Agricola, and by subsequent governors. The amphitheatre was rebuilt, a new forum constructed, and houses, workshops and temples grew up around them. At around the same time, Colchester and St Albans were being rebuilt, but it was London that would serve as Britannia's capital for as long as these islands remained part of the Roman Empire. 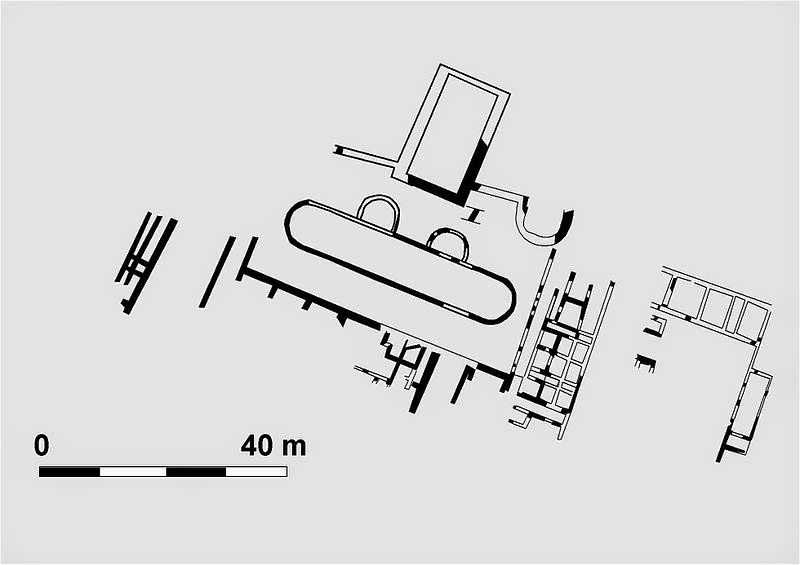 The building complex beneath Cannon Street Station, which some believe to have been the Roman Governors' Palace. Image: Udimu (licensed under GNU). 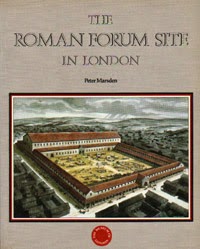 Model of the reconstructed Londinium (the bridge being roughly in the position of the modern London Bridge), in the crypt of All Hallows by the Tower Church.

Mark Patton's novels, Undreamed Shores, An Accidental King and Omphalos, are published by Crooked Cat Publications, and can be purchased from Amazon UK or Amazon USA.
Posted by Mark Patton at 03:26