This blog-post is a shameless piece of advertising. Shameless because the product I am advertising is available to everyone, for free. 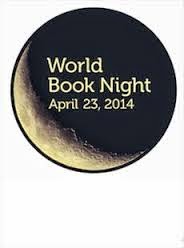 This is, after all, World Book Night, the whole point of which is to give books away, and my publishers, Crooked Cat, are offering an anthology of short stories written by some of the authors whose books they have published over the last couple of years. It can be downloaded from Amazon. 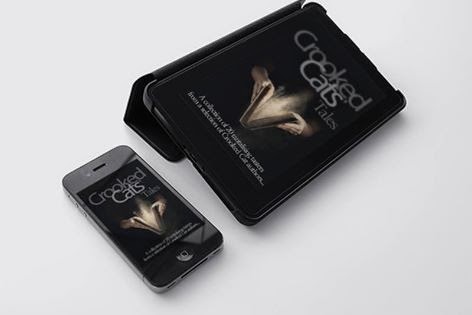 There are twenty stories by different authors in the anthology, and they cover the full range of literary genres published by Crooked Cat, from contemporary and historical fiction to fantasy, humour, romance and murder mysteries. As one of the authors, I have had a preview of the anthology, and a very rich and diverse selection it is.

One point that many of the stories seem to have in common, however, is a deep attachment to a sense of place, with settings ranging from Finland through Ireland, the Netherlands, France and Spain to Kenya and the USA. With this theme in mind (there is no specific theme to the anthology itself), I thought that I would give a brief tour of the location for my own story, "The Thread that Binds," a historical story within a contemporary one, and set in the north-east corner of the island of Jersey, in the Channel Islands.

I was born and brought up on the island, but lived in the south-western parish of Saint Brelade. Nowhere is truly far away, however, on an island that measures ten miles by five and, if we were "on the ground" rather than "in the ether," we could walk around these places in little more than an hour.

We start with an ancient monument, "La Pouquelaye de Faldouet," built between five and six thousand years ago by the island's first farmers. It is generally considered as a "tomb" (it is technically a "passage grave"), but only a small quantity of human bone was found there, and it may have been something more like a shrine to the ancestors. In the story, I have an excavation taking place there, but this is pure fiction: there have been no excavations on the site since the 19th Century. 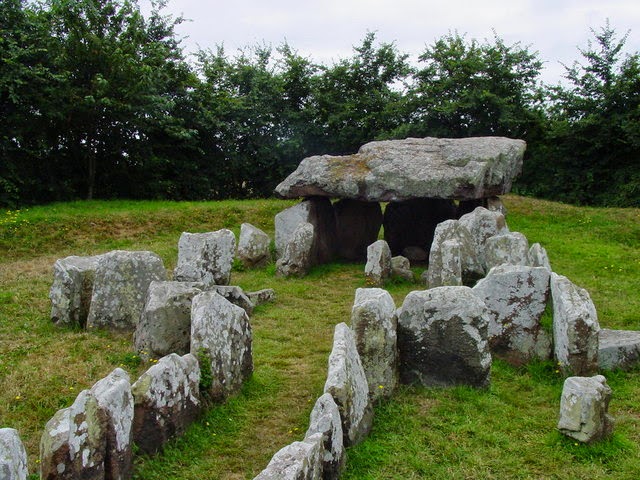 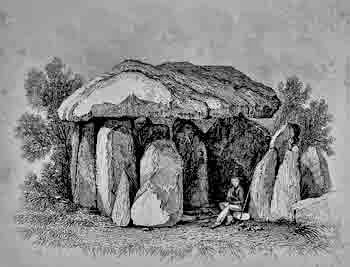 La Pouquelaye de Faldouet in 1840. Image is in the Public Domain.

It is a place where I used to sit, as a teenager, and write poetry: this was when I was in Shakespeare's third stage of life (that of the lover, "sighing like a furnace, with a woeful ballad made to his mistress' eyebrow"), and before I discovered that I was actually better at writing prose. None of this poetry has ever been published, and I don't even have copies, having sent the originals to the person to whom they were dedicated.

A short distance to the east is the Victoria Tower, a fortification built in 1837, as a precaution against French invasion. It is owned by the National Trust and, once again, everything that happens there in the story is fictional. Although it is later in date, it is similar in form to the "Martello Tower" at Sandycove, near Dublin, which features in the first chapter of James Joyce's Ulysses, and the allusions to this work in my story are not entirely coincidental.

From the tower, one can look down on the picturesque harbour of Gorey, dominated as it is by the castle of Mont Orgueil, a site that was settled even before the passage grave was built (in my novel, Undreamed Shores, it is the "hill, covered in purple heather, where, it was said, Lizar had built the first village on the island"). It has been fortified since the Iron Age, and the castle itself saw action in both the Hundred Years War and the English Civil War (two of the key figures in English parliamentary history, William Prynne and John Lilburne, were imprisoned there). In the 18th Century it served as a base for British espionage against Revolutionary France, and the last shots to be fired in anger from the castle were aimed by soldiers of the occupying German army against aircraft of the RAF and USAF during the Second World War. 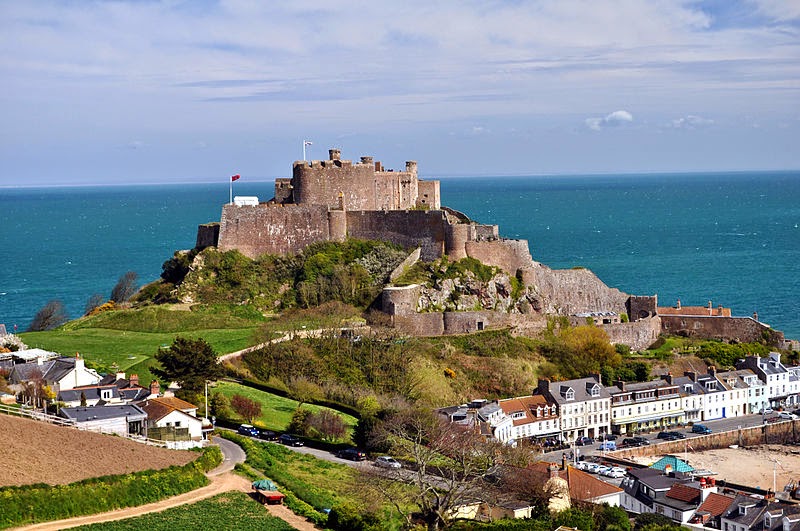 Beyond the castle can be seen the coast of France and, with a keen eye, one can pick out a group of rocks lying between the two. These are Les Ecrehous owned by Jersey, but periodically, and theatrically, claimed by the French). These little islets (they are vastly bigger at low tide) have no permanent population, but do have some small huts which are rented out to fishermen. There are also the remains of a priory, built in the 13th Century, and where masses were said for the soul of King John (who lost most of Normandy to the French, but retained the Channel Islands as the sole portion of William the Conqueror's original Duchy) until it was suppressed under Henry VIII (the most southerly outpost of the Dissolution). 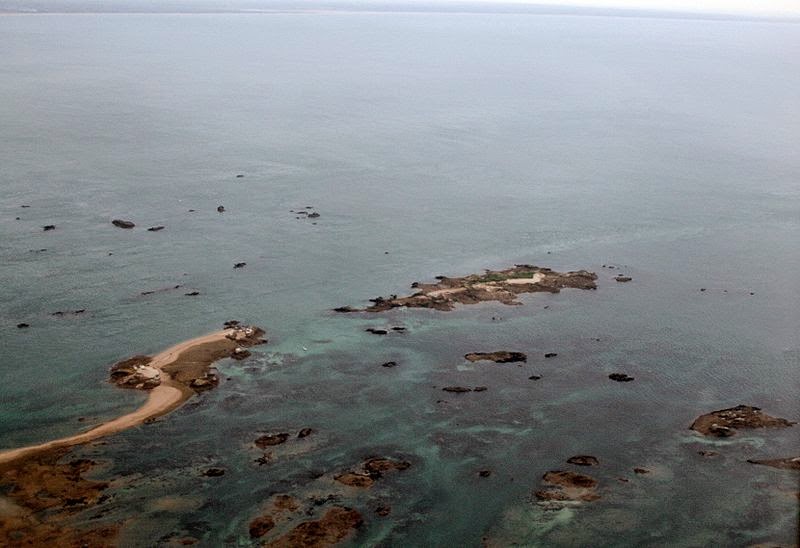 Les Ecrehous. Photo: Tswgb (image is in the Public Domain).

My story is both a prequel (of sorts) to my first novel, Undreamed Shores, and a foretaste of my third, Omphalos, which will be published later this year. I have not, of course, revealed anything about the characters or the plot, which I leave you to discover for yourselves, along with the stories written by my fellow authors.

Mark Patton's novels, Undreamed Shores and An Accidental King, and Omphalos are published by Crooked Cat Publications, and can be purchased from Amazon.
Posted by Mark Patton at 11:19