The Springs of Sulis: Bath before and after the baths

That the Somerset spa town of Bath has its origins in Roman times has long been known, but the circumstances of its ancient foundation are shrouded in mystery. The Roman baths were attached to a temple complex, one of the earliest such temples in Roman Britain, but also one of the finest. As a destination, Roman Bath may have been as much a centre of pilgrimage as it was a place for recreation and healing, for the waters were sacred to the Goddess Sulis-Minerva. 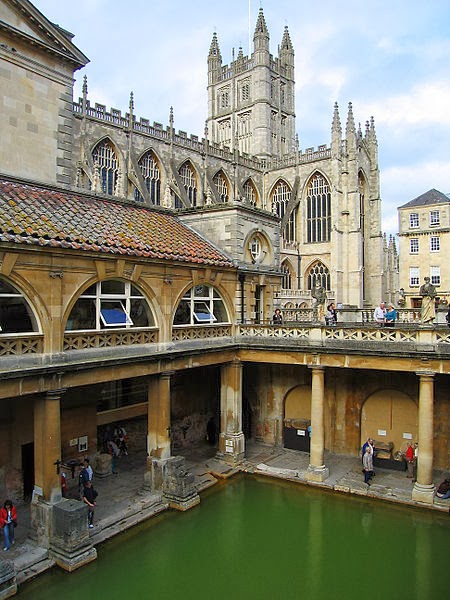 The Roman baths, as restored in the Georgian period (everything above the level of the column bases is reconstructed). Photo: Andrew Dunn, licensed under CCA.

It was, without doubt, the waters that first attracted people here. On a terrace 20 metres above the valley of the River Avon, a natural hot spring burst through the ground, delivering mineral-rich water at a rate of 0.25 million gallons per day. The site was probably sacred to the local Dobunni tribe before the Romans arrived. All traces of their shrine seem to have been removed by the Roman builders, but its focus is likely to have been the pool around the spring itself. Wooden statuettes of the gods may have been placed around it, and offerings thrown into the pool. 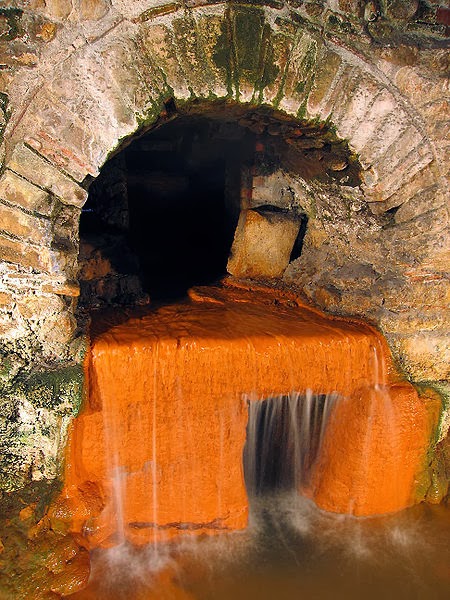 The spring at Bath. Photo: Andrew Dunn, licensed under CCA.

A wooden idol of the 5th Century AD from Altfriesach, Germany. Photo: Bullenwachter, licensed under CCA.

The Roman temple and baths were built during the second half of the 1st Century AD, either during the reign of Nero, or that of Vespasian. It may be significant that they were constructed in the aftermath of the Boudiccan Revolt. The revolt, centred on Norfolk, Essex and Hertfordshire, seems not to have spread this far west, and the complex may have been built by the Romans as a reward for the loyalty of the local population. It has been suggested that both the British client king, Cogidubnus, and the Roman Procurator (finance minister) of Britain, Julius Alpinus Classicianus, may have had a role in its construction. One of the mosaics at Bath has a sea-horse or "hippocampus" motif, similar to one found at the Fishbourne Palace, and the temple itself has architectural similarities with temples in and around Classicianus's home-town of Trier. 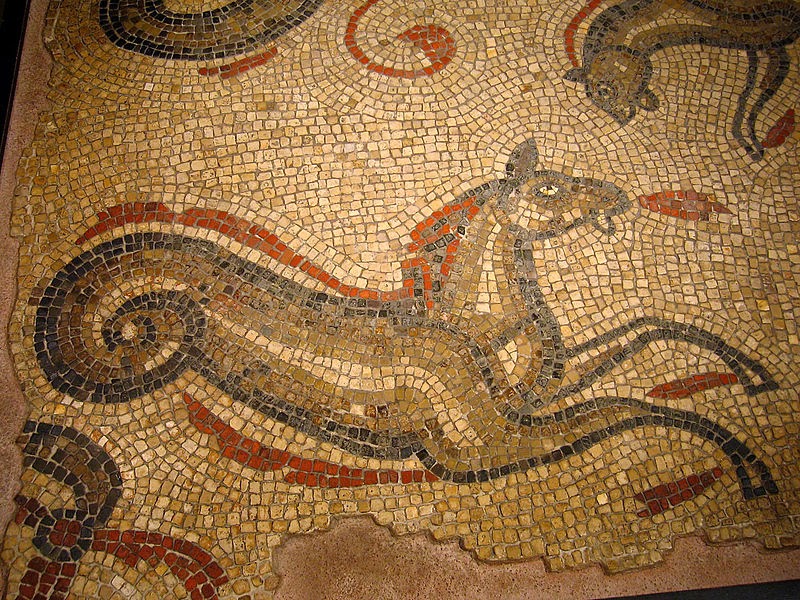 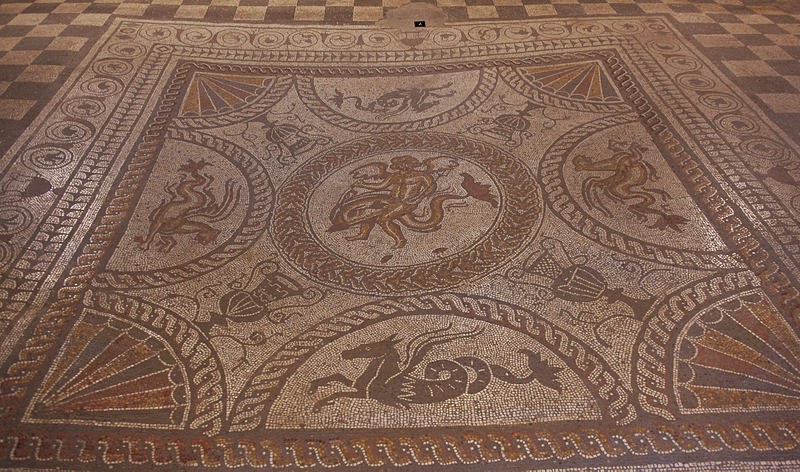 The temple was dedicated to Sulis-Minerva, a deity unique to Bath, with a dual British and Roman personality. The pediment, however, bears the image of a male deity, perhaps the Roman God, Oceanus (Cogidubnus dedicated a temple to Neptune and Minerva at Chichester), but with the hair of a gorgon. Like Sulis-Minerva, the Roman god may be associated with a local one, such as Nodens, Belenos or Grannos. 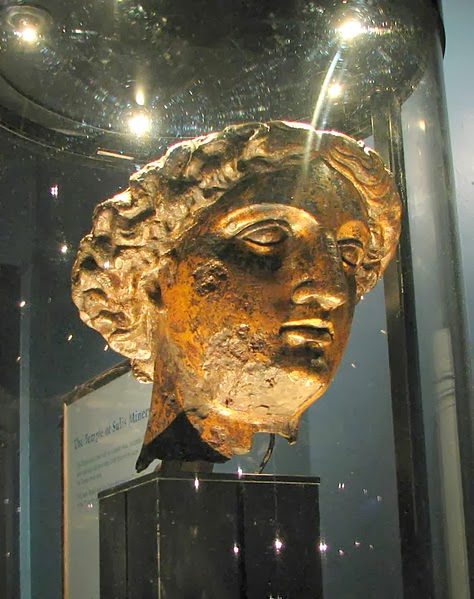 Bronze head of Minerva from the temple at Bath. Photo: Bernard Gagnon, licensed under GNU. 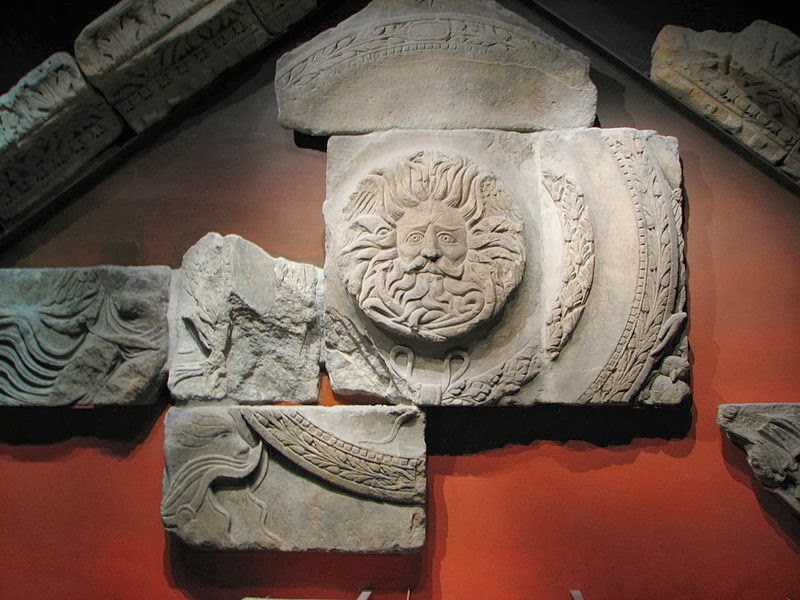 The pediment of the temple at Bath. Photo: Bernard Gagnon, licensed under GNU.

It was on the basis of this evidence that I made Bath (or rather the Springs of Sulis, before "Bath" or its baths and temple were built) the backdrop for a crucial scene in Chapter 12 of my novel, An Accidental King.

The temple and baths remained in use throughout the Roman period, and vessels of pewter, copper and silver were deposited in the pool as offerings. They fell into disuse when the infrastructure of Roman Britain collapsed in the 4th and 5th Centuries AD. This, however, was not the end of the story. The ruins of the temple and baths are thought to have inspired the 8th Century Anglo-Saxon poem, The Ruin, which can be read here (in Anglo-Saxon and English translation): the poem is also recited on a video-link here.