The Historical Novel and the Roman World: The Genius of Marguerite Yourcenar

"Imagine Machiavelli's The Prince," wrote Joseph Epstein, in The Wall Street Journal, "written not by an Italian theorist, but by a true prince. Imagine, further, that he also lets you in on his desires, his fears, his aesthetic, his sensuality, his feelings about death - in a manner at once haute and intimate, and in a prose any emperor would be proud to possess..." The book that Epstein was writing of, however, was written not by "a true prince," but by a Franco-Belgian female intellectual adopting the persona of one. 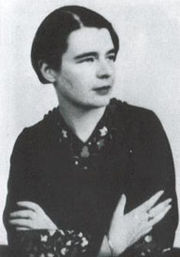 Marguerite Yourcenar's Memoirs of Hadrian is, perhaps, the supreme triumph of historical viewpoint and voice in all of 20th Century fiction, and in any language. It is the fictionalised autobiography of the Emperor Hadrian, as though written at the end of his life in the form of an extended valedictory letter to his eventual successor, Marcus Aurelius. Yourcenar's Hadrian reflects on his accession, his military victories and stewardship of the empire; meditates on the ecstasies and tragedies of his personal life; and provides insights into his character, philosophy and legacy. 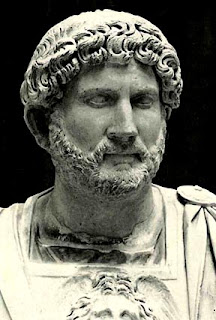 Unlike Robert Graves's "Claudius" novels, which were written very rapidly, Yourcenar's masterpiece was the fruit of years of reflection. She began work on it in 1924, left the manuscript in Europe when she left for America to escape the chaos of the Second World War, and only picked it up again in 1948. It was first published in French in 1951, and in Grace Frick's English translation in 1957. "There are books," she later said, "which one should not attempt before having passed the age of forty."

Yourcenar has left us not only the work itself, but also some of her workings, intimations of the process by which she brought it into being. Her two essays, "Reflections on the composition of Memoirs of Hadrian" (reprinted with the Penguin edition), and "Tone and language in the historical novel" (included in a volume of her essays entitled That Mighty Sculptor, Time, translated by Walter Kaiser), offer practical advice to writers of historical fiction, and indeed all fiction. 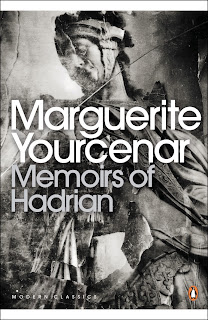 She points out that we simply do not know what the spoken language of the ancient world would have sounded like, and she therefore does not attempt to reproduce it. Instead, she writes the novel as a letter, without dialogue, taking as her model those formal addresses that have survived from the Roman world. From this is born her representation of the Oratio Togata which, even in the labour of love that is Grace Frick's translation, can never be as close to the original Latin in English as it is in Yourcenar's French.

She was very aware that she was attempting something that had not really been done before:

"Someone will say that Corneille in Cinna, Racine in Britannicus, and Shakespeare in Julius Caesar managed it rather well. But that is because they possessed genius. It is also - and perhaps even more to the point - because they were not concerned with tonal authenticity."

We may say what Yourcenar herself, for fear of hubris, dared not say - that she, too, possessed genius - but she was deeply concerned with tonal authenticity, and this concern, above all, shapes the work. "No other document," Joan Acocella wrote in The New Yorker, takes us so deeply into the pre-Christian mind."

Mark Patton's novel, An Accidental King, will be published by Crooked Cat Publications later this year. His review and notes on Marguerite Yourcenar's Memoirs of Hadrian can be viewed, free of charge, at www.bookdrum.com.
Posted by Mark Patton at 06:22